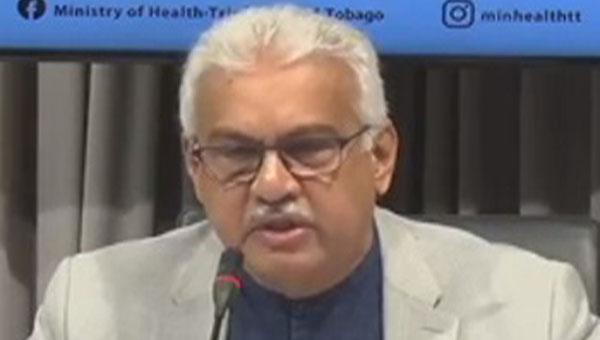 Trinidad and Tobago's Health Minister, Terrence Deyalsingh, at today's daily news briefing of the Ministry, projected that “The next two weeks in this country will determine the fate of Trinidad and Tobago, moving forward."

PORT OF SPAIN, Trinidad and Tobago, March 30, 2020 (CMC) – The number of positive coronavirus (COVID-19) cases jumped to 82, today, as health authorities warned, that the next two weeks could prove pivotal, in the fight to prevent the spread of the virus that has killed more than 20,000 people, worldwide.

Health Minister, Terrence Deyalsingh, speaking at the daily news conference of the Ministry of Health, said that the four new additional cases, from Sunday, came as a result of various factors.

Deyalsingh said that the Caribbean Public Health Agency (CARPHA) has, so far, tested 539 samples, including 40, of the 68 people, who had recently gone on a cruise.

So far, Trinidad and Tobago has had three deaths, as a result of the virus.

“The next two weeks in this country will determine the fate of Trinidad and Tobago, moving forward. The next two weeks, and our collective behaviour, is part of a wider war strategy to stop the enemy — that is, an invisible enemy, from breaching our defences.

“The only way we could do this, is to stay home, stay safe, and by doing that, you keep others safe,” Deyalsingh told reporters.

Chief Medical Officer, Dr. Roshan Parasram, said two of the latest victims appear to be the first cases of ‘local spread’, and that more such cases could be expected, in the coming days.

He urged the population to follow the guidelines, as given by health authorities.

“I spoke about hidden cases, meaning that you could have been expressing symptoms, left your home, gone to the supermarket, and then in close contact with someone that you would not have known, and that person now develops symptoms,” he said, adding “that is what we call a local case, or a hidden case”.

“So, I believe that we may have a couple, if not a few more local cases, over the next couple days,” he said, reminding the public that they should act, as though every other single person is infected with the virus.