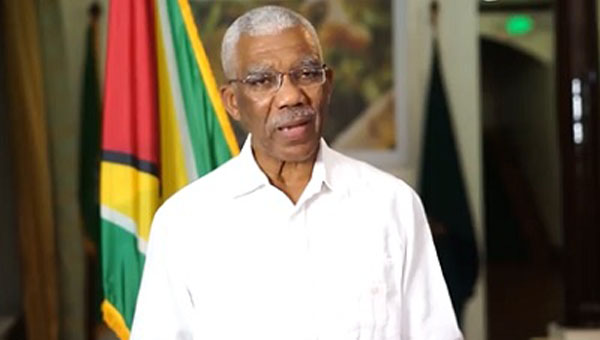 President, David Granger explained that this measure is being taken, because people have been ignoring calls for social distancing, for several weeks.

GEORGETOWN, Guyana, April 2, 2020 (CMC) – President, David Granger, has announced the daily closure of entertainment venues and other spots, from 6 pm (local time) daily – starting tomorrow, in an effort to strengthen containment measures in the fight against COVID-19.

In a statement, today, President Granger said the new measure will result in the closure of places of entertainment — including bars, clubs, gymnasiums, night clubs, restaurants and swimming pools — between the hours of 6pm and 6am, effect from midnight on Friday, April 3.

According to the president, this measure is being taken, because people have been ignoring calls for social distancing, for several weeks.

In his statement, Granger said that additional restrictions are expected to be rolled out, by this weekend, noting that Guyana was not alone in its fight against the coronavirus.

He reported that a meeting was held, with partners from international and non-governmental organisations, to coordinate the planning of mitigative and preventative actions, against the short- and long-term impacts of the virus, on all sectors of the country.

The President said with the rising number of cases in Guyana, it is now clear that several other measures must be put in place to keep the public safe.

He reminded the public that the country’s international airports will remain closed — until May 1 — and that the Civil Aviation Authority (CAA) has also suspended the operation of flights, to and from the border regions.

Schools will remain closed and visits to the elderly homes have been suspended, he said.

The President said “fighting the pandemic requires the continuous, collective action of all citizens and the entire country”.

Guyana has recorded 19 cases of the coronavirus. Of the 19 cases, four persons have succumbed to the disease, with two of those deaths being recorded, yesterday.

Meanwhile, while there have been calls for a total lockdown of Georgetown by some citizens, the mayor of Georgetown, Ubraj Narine, has indicated that all necessary measures have to be put in place, before such a lockdown could be instituted.