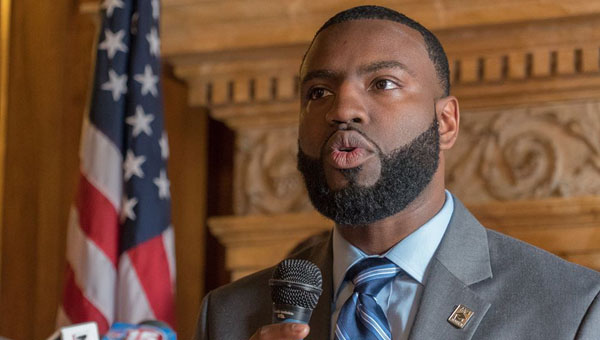 Wisconsin state representative, David Bowen, shown here speaking to the media, contracted COVID-19. As of March 27, 2020, about half of the state’s deaths and total cases were in Milwaukee. All eight people, who died from the coronavirus in Milwaukee County, were Black. Photo credit: Joe Brusky.

One of the first stories to use race-based data to talk about the risk that Black communities face because of COVID-19 came on March 30 from the Charlotte Observer. The article said Black residents in Mecklenburg County, in Charlotte, N.C., accounted for 43.9 per cent of the 303 confirmed COVID-19 cases locally, but Black residents make up only 32.9 per cent of the county’s population.

More recently, the non-profit investigative journalism site Pro Publica published a story on April 3 based on early data that shows “African Americans have contracted and died of coronavirus at an alarming rate.”

Indigenous communities globally have also been speaking about how the new virus may have more devastating impacts on their communities.

The fear and mistrust of health systems expressed by many in Black, Indigenous and racialized communities stem from historical eugenic practices of both governments and individual doctors. These communities have experienced systemic racist violence for generations. They have recently experienced xenophobic responses to COVID-19 and historically, other health crises. 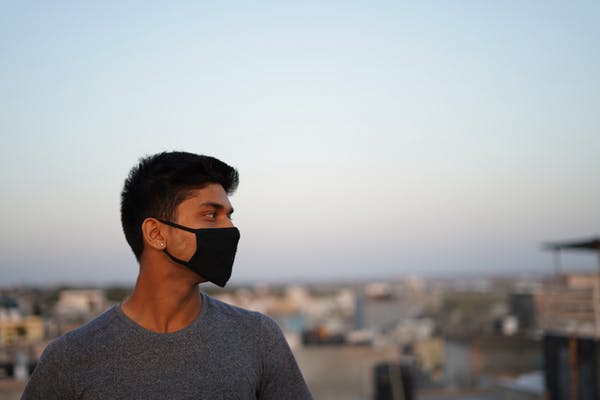 Racialized people may have a fear or mistrust of health care professionals because of historical patterns of abuse. Photo credit: Yogendra Singh/Unsplash.

I have worked for over 25 years in community health and as a health scholar. I have worked with survivors of trauma who have experienced colonial violence. I am concerned how anti-Black racism, anti-Indigenous racism and other forms of intersectional violence will impact the health of our communities during this crisis.

Based on my research, I believe that the actions and omissions of world leaders in charge of fighting the COVID-19 pandemic will reveal historical and current impacts of colonial violence and continued health inequities among African, Indigenous, racialized and marginalized folks.

Recently, I have had discussions about COVID-19 with family, friends and colleagues globally about the impacts of the coronavirus on the health of African, Indigenous, racialized and marginalized folks.

The question often asked is: how will we navigate health systems that continuously violate us? We are talking about those who, like us, live with intersectional social locations, such as race, indigeneity, age, (dis)ability, gender/gender identity, sexual orientation, refugee status, class and religion. Will these social factors play an implicit role in health-care workers’ decisions?

Racism impacts your health
Canadian Prime Minister Justin Trudeau has said: “Our government is going to make sure that no matter where you live, what you do or who you are, you get the support you need during this time.” This sounds good in a speech, but how will it be practised in a system that does not provide adequate services for racialized and marginalized communities?

African and Indigenous folks encounter racist health systems that impact their physical, mental, financial and spiritual well-being. To add to this, low-income communities’ ability to protect themselves from COVID-19 is severely restricted, as money is needed to support social distancing, pay bills, buy food supplies and hand sanitizer.

History tells us these disparities increase during stressful times.

Ignored warnings
Many government leaders ignored the warning signs emitting from China at first, including U.S. President Donald Trump and British Prime Minister Boris Johnson. Did racism impact the way some leaders initially responded to the virus — both in their response to China and to the African leader of the World Health Organization (WHO)?

On Feb. 11, Tedros Adhanom Ghebreyesus, the director-general of WHO, warned the world that COVID-19 is “public enemy No. 1.” He advised countries to take action immediately or have detrimental consequences. Instead, many national leaders and media outlets continued to focus on the Chinese government in Wuhan. 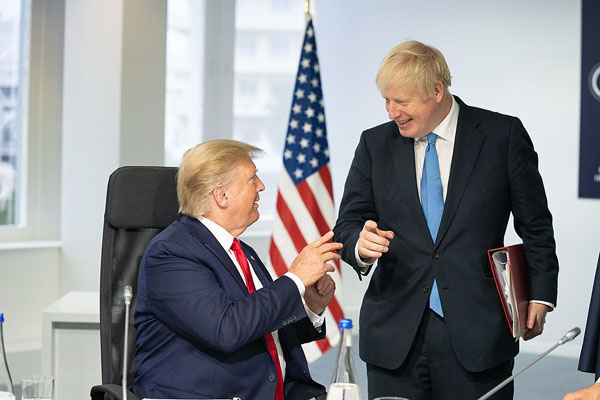 On March 11, Tedros told nations to prepare for the onslaught of a global health crisis. Although those in medical communities understood his warnings, many leaders of nations did not initially heed that advice. Tedros said he was concerned by “alarming levels of inaction.”

China’s global warnings and loss of lives were not heeded by many governments until countries in Europe and then the U.S. were being devastated.

The focus was on China’s “inadequate responses” instead of their warnings and losses, mirrors similar world crises where racialized folks deaths are not taken seriously by western nations and media.

One example is the world’s lack of action on Ebola. The lack of support to Venezuela and Iran during this COVID-19 outbreak is a recent example.

How we see disease
Race plays a part in how we see diseases. How will the local and global responses to COVID-19 impact African/Black, Indigenous, racialized and marginalized communities?

The blatant acts of continued racist violence against Asian communities globally have been heightened by Trump’s consistent labelling of COVID-19 as the “China virus.” These reactions evoke memories of Ebola and HIV. Those diseases were initially seen as exclusively African and Black in nature.

Other infections like Zika, chikungunya and malaria are seen as “tropical” or a “disease of the south.”

In response to anti-Asian racism in the current pandemic, Asian, Latin-American and Black U.S. leaders came together to condemn all forms of racism and scapegoating.

Racialized front-line workers
Medical personnel like nurses and doctors are on the front lines of this health tsunami, along with paramedics, cleaners, personal support workers, child-care workers and other health aides. But health care in the West comes with distinct racialized hierarchies. 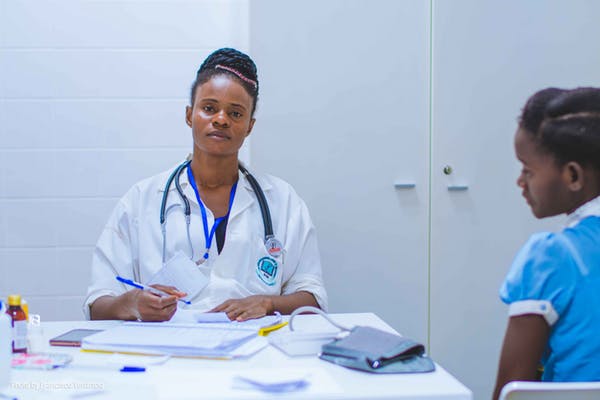 African and Indigenous workers in health care are not often found in roles of power. Photo credit: Francisco Venancio/Unsplash.

As well, others are dealing with health violence because they are also addiction-involved, (dis)abled, sexually and gender-diverse or survivors of chronic health conditions such as people living with HIV.

Myth of immunity
There is an online rumour that Black people are less susceptible to COVID-19. This comes directly from earlier pandemics. During the Spanish flu pandemic of 1918, Black people in the U.S. had lower rates of infection.

Meanwhile, Black folks’ health in the U.S. and globally continue to be inflicted by the impact of enslavement, poverty, incarceration and other colonial realities. The local and global impacts of racism and health violence are insidious. We are all at risk.

If we are to truly survive this global pandemic as a global community, we must drastically decolonize and change our health ideologies and practices.