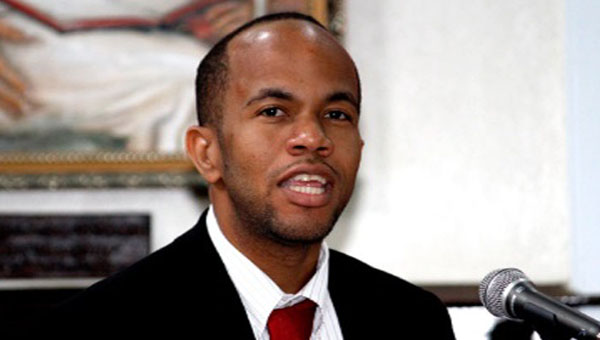 KINGSTOWN, St. Vincent and the Grenadines, April 9, 2020 (CMC) – Parliament, late Tuesday, passed amendments to the nation’s public health law, legislating fines of up to EC$2,000, for each day that a COVID-19 quarantine is breached.

Minister of Health, Senator Luke Browne, who presented the legislation, said it was “fairly consequential”, and Opposition Leader, Godwin Friday, gave the support of opposition lawmakers.

The 1977 Public Health Act provided for a maximum fine of EC$250 and imprisonment, without the option of a fine, for not more than three months, or both.

“Well, you know $250 ain’t going cause anybody to blink these days, but in 1977, it might have been a different proposition,” Browne told Parliament.

The law also speaks to the quarantine of items, such as baggage, containers and goods, and Browne said that a business that contravenes the revised law, can be fined up to EC$10,000, while an individual can be fined EC$2,000 and imprisoned, for up to six months.

A corporation that commits a second, or subsequent offence, is liable to a fine of EC$50,000; and in the case of an individual, a fine of $10,000 and one year in prison.

Earlier on, there was an adjustment made to the list of infectious diseases, to include COVID-19, Browne disclosed.

The Health Minister said that, based on government’s experience with the Public Health Act, it realized that amendments were needed.

He said the bulk of the changes concern Sections 26 and 27 of the Act, which speak to “isolation” and “quarantine”.

“Mr. Speaker, one of the most popular words, I believe, in St. Vincent and the Grenadines today, is ‘quarantine’.… Some people have a different meaning of what the meaning might be,” he said.

Browne said the revisions to the law define “quarantine” to mean “the restriction of activities or separation from others, of suspect persons, who are not ill, or of suspect baggage, containers, goods, in such a manner, as to prevent the possible spread of infection or contamination”.

He said a definition was not found in the earlier legislation, though it spoke to the concept.

Of “isolation”, the revised Section 26 of the law states: “Where, in the opinion of a health officer, any persons, certified by a medical practitioner, to be suffering from a communicable disease, is not accommodated or is not being treated or nursed in such manner, as adequately to guard against the spread of such disease, such person may, on the order of the health officer, be removed to a hospital or temporary place, which, in the opinion of the medical officer of health, is suitable for the reception of infected persons, and there detained, until such health officer or any medical practitioner, duly authorised for the purpose by the health authority, decided that he is no longer infected or can be discharged, without danger to public health.”

Browne noted that there is no role specified for the court to intervene or make certain orders, as it relates to that section.

“Mr. Speaker, in relation to the quarantine, which has been applied in St. Vincent and the Grenadines, to date, we have been acting under Section 27 of this law. So the amendment of Section 27, which we are proposing, here tonight, is something which would have an implication on how we are going about (the) quarantine matter right now.

The Minister noted that Section 27, which speaks to quarantine, is somewhat different from Section 26.

Section 27 reads: “Where, in the opinion of a health officer, any person has recently been exposed to infection and may be in the incubation stage of any notifiable communicable disease and is not accommodated in such manner, as adequately to guard against the spread of such disease, such person may, on a certificate by the health officer, be removed, by order of a magistrate and at the cost of the health authority or district where such person is found, to a place of isolation and there detained, until such health officer says he is free from infection or able to be discharged, without danger to the public health or until the magistrate cancels the order.”

Browne said persons arriving, here, had been asked to stay in quarantine.

“If they violate the terms of that quarantine, as requested, a court order may be issued,” the minister explained.

If an individual violates the court order, they would be charged with contempt of court.

However, the specifics of that charge were not established under the old law.

Browne said the new law sets out the circumstances, in which action might be triggered. For instance, in a situation where a communicable disease exists, or may exist, or there is an immediate risk of an outbreak.

He said that he did not want lawmakers to go away with the impression that anyone could issue quarantine or isolation orders, willy-nilly.

“That’s far from what is being suggested here,” he said, adding that the law states that an order made, is not effective, unless the reasons for the order are set out.

“There is not going to be any arbitrary action on the part of an individual, who has the power to issue these orders.”

However, he stressed, that order can be oral, but in those circumstances, the content and reason of the order must be put in writing, “subsequently”.

In backing the legislation, Friday said that any move that helps to protect the population has to be supported.

“We all have seen the carnage that COVID-19 has wreaked, all over the world. Any tools that help to protect the public in St. Vincent and the Grenadines, in these circumstances, have to be considered, so long as they are balanced with protecting public health and individual rights,” he said.

The Opposition Leader noted, however, that persons have a right to an attorney, to represent themselves, if they feel their rights have been violated.

“Mr. Speaker, we are in extraordinary times and, given the urgency of the situation, the conditions on the ground, with respect to persons violating quarantine and putting everybody, a large segment of our population at risk, I believe that we, on this side of the House, would support the measure that helps to protect, or to give greater projection to, the general protection in this time of the COVID-19 crisis,” he said.

Friday said there were other matters that he could raise issues with, but that would be done at another time.

“I don’t see them as so important; more by way of refinements than major substantive differences with the proposal that is here,” Friday said, as he gave the opposition’s support.