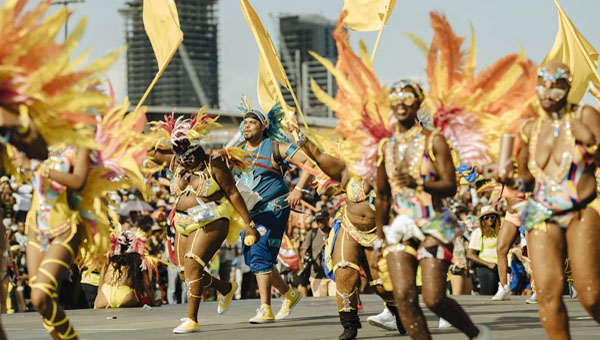 TORONTO, Ontario April 9, 2020 — For the first time, since its inception, in 1967, almost 53 years ago, the Toronto Caribbean Carnival, formerly known as Caribana, will not be staged, this year.

The Board of Directors of the Festival Management Committee Inc. (FMC), which owns and operates the immensely-popular, annual, summer festival that attracts over a million spectators, masqueraders and performers, made the announcement, in a media release, today.

The FMC expressed that, “due to the continued developments, concerning the spread of COVID-19, the severe public health threat, and global health crisis”, the month-long, multi-faceted Carnival — which generates millions for the Canadian federal, provincial and provincial governments in taxes; and held in July and August — “is cancelled”.

The decision to cancel the Carnival that includes, among its many events — the Festival Launch, Junior King and Queen Show, Junior Parade, Adult King and Queen Show, Pan Alive, and Grand Parade — was unanimously agreed to, “In consultation with our stakeholders, which includes the bandleaders, Ontario Steelpan Association,(OSA), Organization of Calypso Performing Artists (OCPA), as well as our partners and other related cultural organizations.”

Taking into consideration the massive crowds that attend the events, and which present a tremendous risk, regarding the spread of the virus, it was “therefore unanimous that the priority must be the health and safety of our patrons and, having weighed all these considerations, there is no choice but to cancel this year’s festival”, the FMC release reasoned.

“It is our responsibility to the city and our patrons to encourage social distancing, hand washing, and self-isolation, to support the efforts of our first responders and essential workers, who are at the frontline of the COVID-19 containment,” the FMC intimated.

For the past 52 years, the Carnival has delivered an exciting, culture-rich festival, featuring elaborate costumes, Caribbean music, art and food, attracting hordes of patrons from Canada, the United States, Europe, the Caribbean, and other countries, boosting Toronto’s tourism, spectacularly.

“This festival is a labor of love, created by our extraordinarily-talented artistic stakeholders, and supported by participants, and volunteers, who begin preparation for the spectacular King and Queen Show and the Grand Parade, six-months in advance of the scheduled events,” proffered the FMC.

“Given the importance and economic value of this festival to the city, the province, the federal government, the tourism industry, and our community, we will work with our stakeholders and the community to assist the city with the recovery efforts.

“Should the circumstances change, and permit restrictions lifted, by July 1, 2020, we will seek to celebrate, together, in a non-traditional format, the weekend of August 1, 2020.

“We want to take this opportunity to thank the frontline professionals, who risk their lives by making tremendous sacrifices to keep us safe. On behalf of the Festival Management Committee, thank you for your continued support,” the release concluded.