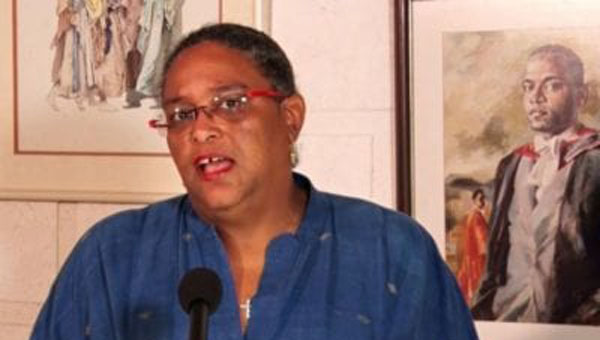 Mottley, who is also the Chair of the 15-member, regional, integration grouping, said that the summit was necessary, given the impact the virus — which has killed more than 100,000 people, worldwide, since it was first detected in China, last December — has had on the Caribbean.

“There will be a special Heads of government meeting. I have written to my colleague heads and asked that we meet, on Wednesday, April 15, so that we can share ideas, share experiences, first and foremost, but also look and see whether this is not the moment, when CARICOM’s true promise is upon us,” the Prime Minister disclosed.

She said, the notion of a single domestic space, a single market, “and what, therefore, are those things that we need to do, in order, truly, to allow our sovereign boundaries to have a virtual reality, that is the CARICOM entity, the Caribbean Community, while the legal sovereign boundaries remain”.

In an address, lasting just under an hour, Mottley told Barbadians that CARICOM “probably will have to have a common public health protocol and common border policy”.

“But what it does, it expands the market of persons, who then, can help sustain each other, far wider than it was at the beginning of this address, just as other heads have had to do.

“I am speaking to you, not just about saving lives, but also sustaining livelihoods, because one way or the other it is going to rock you, and some people will be knocked completely over, and I never, never, never thought that I would have to live in a world, where the world effectively stopped, and by stopping those, who are itinerant vendors, those who are, daily or weekly wage earners, are the ones we have now, and I am begging Barbadians to reach out and protect,” Mottley urged.

Every CARICOM country has reported cases of the virus, for which there is no cure or vaccine. Many regional countries have implemented lockdowns, curfews and other measures to prevent the spread of the virus.

Mottley told Barbadians that the measures in place, here, would continue until May 3, and outlined new initiatives that would allow Barbadians to leave their homes, on at least two occasions a week, to do shopping and other necessities.

She said that the government’s unemployment payments would soon roll out and, in the first instance, recipients would receive four weeks payment, rather than the normal weekly payments, in order to help them cope with the impact of the virus.

The Prime Minister said that the international community has also come to the assistance of the island, adding “we truly are a blessed people, and I think it is fair to say …that on last count, on Thursday, we had in excess of BDS13 million in donations to help the government, primarily with equipment, but equally also, with the “adopt a family program”, which is so vital to just keeping us going.

“Our problem now, is managing how we get things to people. I know it is difficult,” she said, praising the various workers, both in the essential and non-essential services.

“We are not putting everybody back to full normality, but we are doing it in a way that would allow people to be able to walk and chew, walk and eat, because, at the end of the day, if we are not eating, we don’t have the energy to walk,” she reasoned.