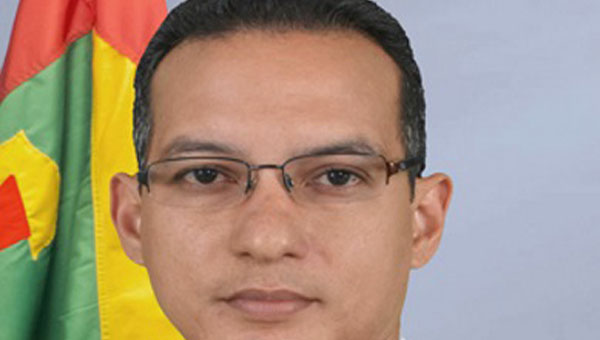 Steele made the announcement to Parliamentarians, during a special sitting of the House of Representatives, today. Grenada’s last confirmed case was on April 10.

“Eleven tests were done, on Thursday, and I am happy to report that they were all negative,” he said. “Six of these were persons were confirmed positive, so they are officially recovered,” he added.

The Health Minister did not say who the six were, however it is documented that Grenada’s initial patient, who was a passenger from the UK, had infected five other persons in her household.

The 50-year-old female arrived in Grenada, from the United Kingdom, on board a Virgin aircraft, which landed at the Maurice Bishop International Airport on March 16. She was confirmed, within days of arrival.

Grenada, which recently was approved to conduct “on island” testing, has tested more than 100 samples.

The total number of confirmed cases for Grenada is 14, but only 13 are on island, because one of the cases, left without medical approval, and returned to the United Kingdom – his place of residence.

Meanwhile, members of the House have been debating a stimulus package, to assist with payroll for several entities, along with other initiatives, aimed at sustaining the economy.

Tobias Clement, newly-appointed Leader of the Opposition, told the House that Grenada’s good news for combating the spread of the virus in the country, should not ease, because COVID-19 only needs one person to re-emerge as a threat.

“As long as there is a case of COVID-19 anywhere, it’s everywhere,” Clement said, as he used the example of the 2018 Spanish Flu, which affected the world, in three waves.

Prime Minister, Dr. Keith Mitchell, also warned that all negative cases will have to go through a process to confirm full recovery, because there is evidence, in other parts of the world, where people, who are tested negative, were confirmed as positive, following a re-testing of samples.