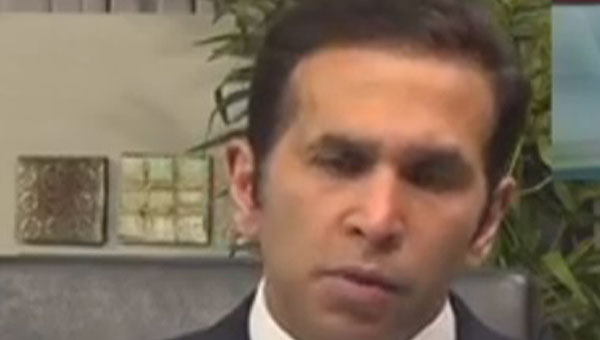 PORT OF SPAIN, Trinidad and Tobago, April 17, 2020 (CMC) – Attorney-General, Faris Al-Rawi, opined, today, that the court action, brought by a television crime show host, who tested positive for the coronavirus (COVID-19), had the potential of undermining the confidence and integrity of the Trinidad and Tonago-based Caribbean Public Health Agency (CARPHA).

CARPHA was legally established in July, 2011, by an Inter-Governmental Agreement, signed by Caribbean Community (CARICOM) countries, and began operation in January 2013. It is the regional agency, conducting tests for CARICOM countries, on the virus, for which there is no cure or vaccine.

In an application for habeas corpus, earlier this week, attorney, Gerald Ramdeen, claimed that his client, Ian Alleyne, a television talk show host, was being held at a government-sanctioned institution, even after being told, on April 14, that he had tested negative for the virus and was being discharged.

In his application, Alleyne said he was deprived of his liberty, without lawful justification, by the Chief Medical Officer, as the quarantine authority. He said the Quarantine Act regulations provide no lawful jurisdiction for his initial, or continued detention.

Alleyne, who, on Tuesday night, said he was locked in, on a ward, and was being held against his will, also claimed he did not believe he had tested positive for the coronavirus.

He argued that his further incarceration was unconstitutional, unlawful, oppressive, arbitrary and in breach of provisions of the Quarantine Act.

Alleyne said he was fearful for his life, since he was told, he would be given drugs. He insists he is not suffering from any illness, and will suffer great hardship, because of his detention, which he fears will continue, indefinitely, without the court’s intervention.

But when the matter came before Justice Ricky Rahim, yesterday, Ramdeen withdrew the application, after it was disclosed that Alleyne had, in fact, tested positive and must stay in hospital.

Ramdeen said the decision to drop the application was taken, after perusing the affidavits, filed by the Chief Medical Officer, Dr. Roshan Parasram; the Caura Hospital Director, Michelle Trotman; as well as Dr. Gabriel Gonzales-Escobar, the Head of CARPHA’s laboratory services.

Senior Counsel, Reginald Armour, who represented Trotman, said he had some concern about Ramdeen’s claims, and the effect they could have on confidence in CARPHA.

Armour said there was un-contradicted evidence that there was no error in administering Alleyne’s tests, and only an error in the transmission of the results from CARPHA to the Trinidad Public Health Laboratory. He labelled it a communication error.

The Attorney-General, speaking at the daily news briefing on COVID-19, here, told reporters that even before the matter had reached the courts, there was “an admission”, by Ramdeen and Alleyne, that they already knew the television host had tested positive.

“That notwithstanding, I can tell you, we spent umpteen hours and a lot of tax-payers’ dollars and resources, in hearing those matters,” Al Rawi said, even as he defended the “constitutional right” of persons to go to the courts.

But he said “there was a very dangerous slant, brought to that equation, where the credibility of CARPHA testing was brought into issue.

“Contrary to blogging and activity on certain web pages, I want to state that Senior Counsel, Reginald Armour, made it very clear to the Honourable Court, yesterday, that there was a dangerous exercise of subversion in the confidence of the CARPHA testing.

‘The CARPHA testing has never proven to be wrong. In that particular case, there was a simple transcription or human error …which is normal, which is why, the protocol is that the final discharge of patients is not complete, until the physical document is received by persons, who are in the process of considering discharge.

“There is confidence in the system, managed by CARPHA, for us to try and subvert the confidence…is dangerous, not only for Trinidad and Tobago and the psyche of our population, but the entire Caribbean, because CARPHA does the testing for the Caribbean,” the Attorney-General intoned.

Al-Rawi said he wanted to underscore “that, most regrettably, the approach of seeking to impugn the quality and consistency of reports from CARPHA, is to be rejected, out of hand, and the government stands by the maintenance, under the Chief Medical Officer, of a very rigorous system of testing and management”.

The Attorney-General added that it should not be lost on the public, that court matters, filed in relation to the COVID-19 situation, have come from the former attorney-general, Anand Ramlogan, and Ramdeen, both of whom are well known members of the main opposition, the United National Congress (UNC).