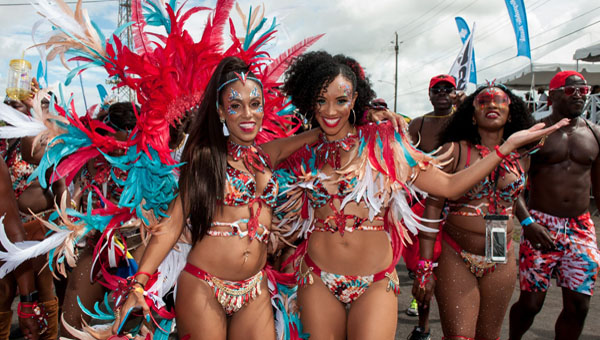 Barbados’ Crop Over Festival Cancelled Due To COVID-19

BRIDGETOWN, Barbados, April 21, 2020 (CMC) – There will be no Crop Over festival or National Independence Festival of Creative Arts (NIFCA), here, this year, as COVID-19 continues its spread across the globe.

The Ministry of Creative Economy, Culture and Sports announced, on Sunday, that Cabinet had approved its recommendation, to cancel the 2020 edition of the highly-anticipated annual festivals, which would be replaced with two initiatives.

“This decision was made, in light of ongoing global efforts to contain and manage the COVID-19 pandemic, as well as government’s negative, short-term projections for the local economy, regional and international travel and trade, and weakened public confidence, in attending mass gatherings, in the current environment, and immediately thereafter,” it stated.

“Cabinet has further agreed, that the Ministry, through the National Cultural Foundation (NCF), would replace the two major festivals with a national training program in schools and communities, and a wide-reaching campaign to both fund and produce radio, television and digital content, which would be accessible, across multiple delivery channels, including the Caribbean Broadcasting Corporation.”

The Ministry added that it remains committed to its mission of creating opportunities in the cultural industries and, to this end, the NCF will soon convene a series of stakeholder consultations, to discuss ways, in which cultural practitioners could participate in, and benefit from, the programs identified as replacements for the Crop Over festival and NIFCA.

The development came, even as the Ministry of Health and Wellness reported that four consecutive days had passed, with no new confirmed COVID-19 cases.

“Although this is indeed an encouraging sign, we are not yet out of the woods. We cannot take our guard down…. We are encouraged, but we know, very well, that there is no certainty, as to whether or not, we have cases out there in the community,” Minister of Health and Wellness, Lt. Col. Jeffrey Bostic, said.

He added that public health teams were working, diligently, daily, to track down any cases, which may have gone undetected.

Thirty-five persons tested negative on Saturday, including two, who were released from isolation, after two negative test results, within a 48-hour period.

The tally of infected persons remains at 75 out of a total of 1035 tests carried out, since February 11.

Barbados has recorded five deaths since April 4, and there are 51 persons in isolation.