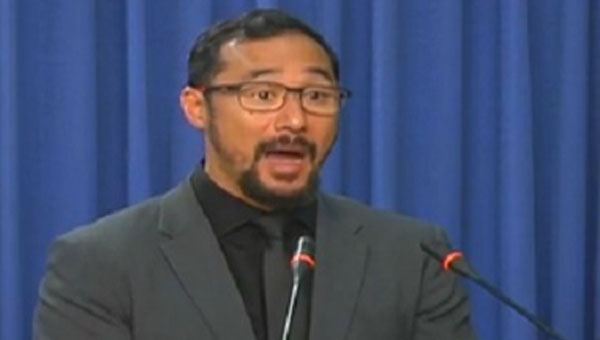 BRIDGETOWN, Barbados, April 24, 2020 (CMC) – Barbados’ Ministry of Foreign Affairs and Foreign Trade said, today, that it was “deeply disturbed” by a jab, made by Trinidad and Tobago’s National Security Minister, Stuart Young, who suggested this country failed to respect the twin-island republic’s border policies in its handling of the situation, involving 33 Trinidadians, who were stranded, here, for a month.

The Foreign Affairs Ministry described Young’s comments as “regrettable”, as it stressed that Barbados had gone through all the appropriate channels to get the group home. They returned to Trinidad and Tobago, on Wednesday, after testing negative for COVID-19.

Last week, Young told a virtual media briefing, that while Trinidad and Tobago had closed its borders as one of its measures to prevent the spread of COVID-19, citizens overseas and other non-nationals were using a particular Caribbean Community (CARICOM) nation as “a jumping point”, to get into the country.

He did not name the country, but said that Prime Minister, Dr. Keith Rowley, had instructed Foreign and CARICOM Affairs Minister, Dennis Moses, to write to that country’s government.

Young had also urged the unnamed country, not to allow its “good offices to be used by those who wish to compromise our current border measures”.

“Minister Young inferred that the government of Barbados was one of such countries,” the Ministry of Foreign Affairs and Foreign Trade said, in its statement, in response. “The reality is that, in the absence of a representative of Trinidad, based in Barbados, the government of Barbados did, no more nor less, than simply convey to Port-of-Spain requests for assistance, made by citizens of Trinidad and Tobago, who were stranded in Barbados.”

The Ministry added that the diplomatic correspondence, sent to the Ministry of Foreign and CARICOM Affairs, was in keeping with the norms of recognised international humanitarian practice.

“In this regard, Barbados acted on the basis of a sincere regard for the welfare of the nationals of a sister CARICOM country. The Ministry of Foreign Affairs and Foreign Trade of Barbados is therefore deeply disturbed that this action has been framed as a national security matter,” it said.

The ministry said Young’s public statement was especially “regrettable”, coming on the heels of Prime Minister Rowley telling last week’s Special Emergency Meeting of CARICOM Heads of Government, that “if ever CARICOM must speak for the people, it is now. The antidote to the pandemic is CARICOM”.

Despite being disturbed by Young’s comments, the ministry stressed that Barbados continued to “treasure the strong fraternal relationship and partnership” it enjoys with the twin-island republic.

The majority of the stranded Trinidadians, at the centre of the situation, had left home, on February 27, for Dubai, for a cruise on the Indian Ocean. However, the COVID-19 outbreak became a global problem during the voyage, and the ship was forced to dock in Cape Town, South Africa.

The group eventually left South Africa to Dubai, to London and then to Barbados, where they arrived on March 23, a day after Trinidad and Tobago closed its borders.