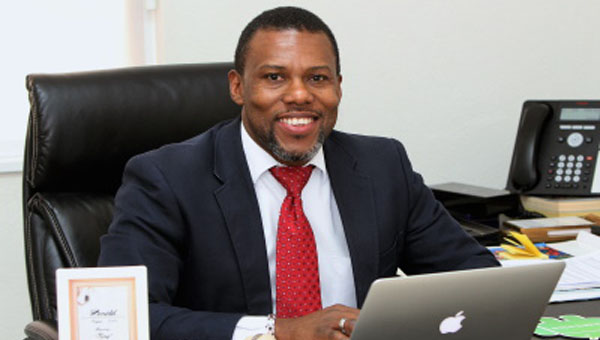 Media report that former CDEMA Executive Director, Ronald Jackson, is due to take up an appointment in Geneva.

The Agency announced that under the stewardship of the Jamaican national, CDEMA gained further recognition and prominence, throughout the Caribbean and globally, as one of the foremost regional disaster risk management institutions, and a preferred partner for a safe and more resilient Caribbean.

“This is a bitter-sweet moment for me. I am excited at the opportunity to be able to practice in a global capacity, but I feel a sense of duty to the Caribbean Community and, as such, a part of me will miss working in a context that inspires innovation.

“However, I feel that I am leaving behind a wonderful platform, for the continued advancement of the Region’s Integrated Risk Management Agenda and the continued growth of the agency”, said Jackson, who, media reports said, is due to take up an appointment in Geneva.

“His commitment and advocacy, in promoting and advancing the implementation of the Comprehensive Disaster Management Strategy and Framework for the region, has captivated many audiences across the globe, resulting in a significant increase of resources, through donor financing support to the implementation of Disaster Risk Management programs in participating States.

“He led the development of the Caribbean Pathway to Resilience, and spearheaded its socialization within the region and among the Americas. Mr. Jackson was also instrumental in the strengthening of cooperative arrangements with the Disaster Management Organization in the Dominican Republic, with the French Overseas Territories and the Dutch Caribbean. CDEMA’s membership also increased, from 18 to 19, under his stewardship.”

Prior to joining CDEMA in April 2013, Jackson served as the Director General of the Office of Disaster Preparedness and Emergency Management (ODPEM) in Jamaica.

He currently lectures on Disaster Risk Management in the Tourism and Occupational Health and Safety Masters Program at the University of the West Indies’ Cave Hill and Mona campuses.