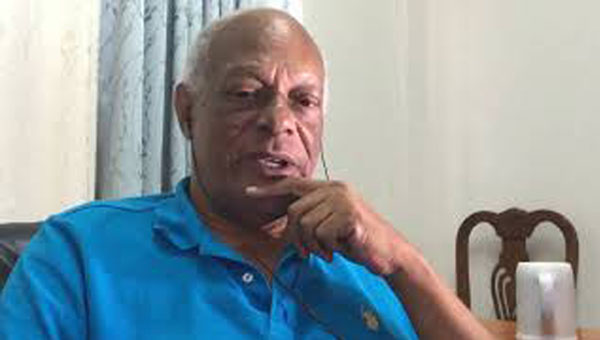 Veteran Grenadian broadcaster, George Grant, former owner of radio station, Chime FM, which he launched in 2014, said at the time that “any music that is not uplifting, will not be played on the station". Photo credit: Grenada Broadcast.com.

A spokesman for the Otway/Bailey funeral home, confirmed to The New Today, that Grant was discovered, dead in his apartment, at about 10.30 p.m (local time) last night, by his landlord.

“The landlord was alerted to check on him, and it was upon going into the apartment, he (Grant) was discovered dead,” the newspaper reported.

“His contribution to media left an indelible mark that will forever be remembered,” the Media Workers Association of Grenada (MWAG) said, in a statement, today.

The Association said that Grant’s years in media and broadcasting spanned decades, “where he has, undoubtedly, made significant contributions to the development of the media landscape in Grenada and, by extension, the region”.

“Grant also served on various volunteer committees, aimed at providing standard regulations for the development of the media profession, including the Media Policy Committee,” MWAG said, noting that in recent times, his contribution was mainly through his online media platform, where he hosted his popular discussions that included “Sunday’s with George Grant”.

When he launched his radio station, Chime FM, in 2014, Grant opined that, “any music that is not uplifting, will not be played on the station”.

“No yelling and screaming, no demeaning music to women,” he said, then added that Chime FM “was born out of a call by Grenadians for a lifting of the bar in Grenadian radio broadcasting”.

Unfortunately, the station became ensnared in a licensing controversy with the National Telecommunications Regulatory Commission and its license has since been revoked.