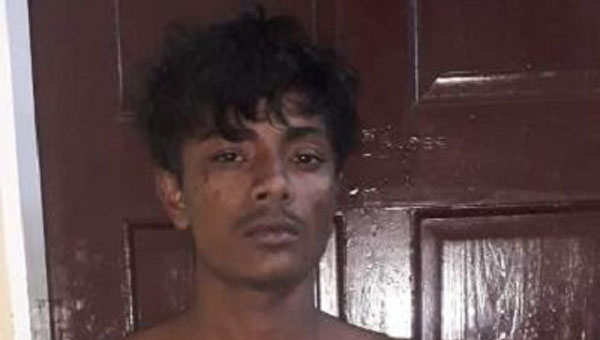 Prison escapee, Sasenarine Bisnauth, who was on remand for armed robbery, is back in custody.

One Of Four Prison Escapees Recaptured In Guyana

GEORGETOWN, Guyana, April 30, 2020 (CMC) – One of the four prisoners, who escaped from the Lusignan Prison holding bay area, on April 19, has been recaptured. The other three remain on the run.

A press statement, from the GPF, disclosed that Bisnauth, who was on remand for armed robbery, was apprehended, around 8:30 p.m., in the cane fields, behind Beterverwagting Sideline Dam, East Coast Demerara.

The statement disclosed that police caught the escapee, without incident, even though he was armed with a cutlass.

The other escapees, who have, so far, evaded law enforcement officials, are: murder accused, Kenraul Perez and Ganesh Dhanraj; along with Anthony Padmore, who was being held for trafficking cannabis.