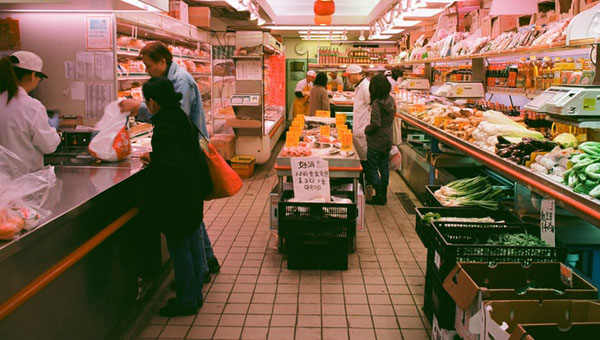 Grocery store workers pack and restock the shelves, man the cash registers, collect and sanitise the carts, as well as the hands of those, who will eventually, be pushing the carts. Photo credit: Walk_/Unsplash.

Recognizing The Sacrifices Of Our Unsung Essential Workforce

Let me confess, up front: I am anxious about going to public places now.

I am standing in line, looking at the person in front of me, and listening to the one behind me for any sign and/or sound of the start-up of a cough. I keep wondering, if they are suppressing a cough, the cough is always COVID-19, and I fear that I will get it. Call it whatever you like — paranoia, mania or personality disorder — I think the fear is justified.

As the pandemic continues to wreak havoc with mortality, I am left all COVID-ed out, by the number of confirmed cases, confusion, contamination and consequences of non-adherence to confinement — either cemetery or cremation.

When I venture out, within my neighborhood, the lack of sounds, people and traffic are palpable. The entire scenario feels like a scene from the 2005 movie, Land of the Dead, by George Romero.

As I enter the grocery store, the shelves are bare, an eerie reminder of the current situation, the world over. It’s a strange feeling. Suddenly, some shelves are restocked, only to be cleared a few hours later. But who is doing the restocking? The grocery store workers. They are also manning the cash registers, collecting and sanitizing the carts, as well as the hands of those, who will eventually, be pushing the carts. If you have not yet realized that grocery store workers are heroes, then it is time to start paying attention.

Taking into full consideration the contagious nature of COVID-19, each grocery store worker is literally putting himself/herself in harm’s way, to ensure that you get your 16-pack of toilet paper. But ridiculous, greedy and shameful hoarders aside, grocery store workers are the ones stacking and stocking rice, flour, diapers, bottled water, paper towels, milk (both cow and almond), meat and meat alternatives so that we can be clean and sustained. All this is done, while completely surrounded by ground zero.

Now the grocery workers are calling on both the Quebec government and large stores to strengthen measures, aimed at protecting them from COVID-19. Some stores have already installed plexiglass panels to protect their workers. Additionally, the United Food and Commercial Workers’ Union, which represents 55,000 workers in 34,000 grocery stores, made a demand, requesting that the government extend child care services to grocery workers.

The Union also requested financial compensation for workers, who are in direct contact with the public, given the increased risk they run. The cold, hard truth of this whole situation is, most of these workers are not putting their lives in danger, out of a sense of community, patriotism or altruism — no, they are doing it out of necessity.

Premier, François Legault, personally thanked grocery workers for staying on the front lines to “feed Quebecers.” We cannot change their wages, but we can certainly thank them: “Thanks for being here, I truly appreciate it”. It only takes a second, and you should mean it. They deserve our thanks and kindness, at the very least.

When the pandemic is all over and there is a moment to breathe and demand changes, let us never forget what grocery store workers went through, for us — during the time a virus put the country in a holding pattern and crippled the economy.