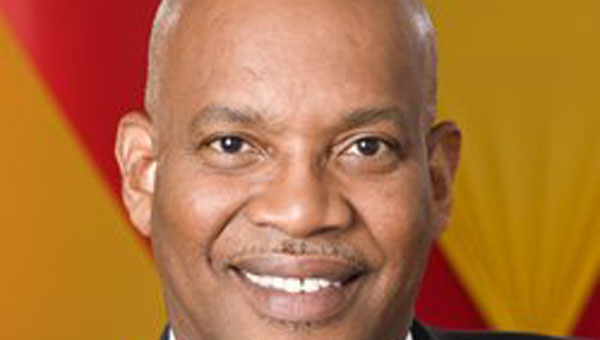 Barbados' Attorney-General and Minister of Legal Affairs, Dale Marshall, said the EU action, amounted to “a little more than a conviction, without a trial".

BRIDGETOWN, Barbados, May 7, 2020 (CMC) – The three Caribbean Community (CARICOM) countries that were named, yesterday, in a new European Commission list of high-risk third countries — with strategic deficiencies in their regime, regarding anti-money laundering and countering terrorist financing — have expressed disappointment at the position, adopted by the Europeans.

The EU said, under the Anti-Money Laundering Directive (AMLD), it has revised its list, taking into account developments at the international level, since 2018, and that the “new list is now better aligned with the lists, published by the FATF (Financial Action Task Force)”.

It said countries, which have been listed are: The Bahamas, Barbados, Jamaica, Botswana, Cambodia, Ghana, Mauritius, Mongolia, Myanmar, Nicaragua, Panama and Zimbabwe. However, Guyana is among six other third world countries that have been delisted.

But Bahamas Attorney-General and Minister of Legal Affairs, Carl W. Bethel, said that Nassau “regrets” the EU’s decision, adding “this is especially so, in light of an earlier public commitment, made by the EU Commission, to engage in discussions with potentially-affected countries, prior to placing them on their blacklist”.

“To date, The Bahamas has not received any advance notification or warning at any diplomatic level. The Bahamas maintains that it is attaining the highest standards in the fight against money laundering, terrorist financing and other identified risks,” argued the Attorney-General.

Bethel said that it should also be noted, that the Financial Action Task Force (FTAF) at its January 2020 Plenary in France, “agreed that The Bahamas should begin the exiting process from the FATF ICRG Gray List, and had agreed to an on-site visit, which visit had to be postponed, due only to the COVID-19 pandemic”.

“The Bahamas remains fully committed to the highest standards of compliance with every internationally-agreed standard of conduct,” he added.

Barbados Attorney General and Minister of Legal Affairs, Dale Marshall, in condemning the EU action, said it amounted to “a little more than a conviction, without a trial”.

“We have been given no details of this, and, in fact, the first time we are hearing of it, is through the overseas press.

“Even the mighty must abide by the rules of natural justice, and give us an opportunity to be heard. We do not have a seat at their table, when our standing is being discussed; and if you say that we are a non-cooperative jurisdiction, then tell us in which areas you consider that we are not cooperating,” Marshall said, adding that “this approach, of the EU, is exactly the approach that was taken against us, last year, in relation to what they deemed to be harmful tax practices”.

Marshall said Barbados had made significant strides, over the last two years, with its anti-money laundering efforts; these efforts were recognized and lauded by the FATF.

“It was acknowledged that we have made significant progress towards addressing a number of the recommendations in the mutual evaluation report, to improve both technical compliance and effectiveness, including updating the National Risk Assessment and developing mitigating measures. Further, an application for upgrades in a significant number of technical compliance ratings is in progress,” Marshall added.

Jamaica’s Finance Minister, Dr. Nigel Clarke, said the island ended up on the list, because FATF has focused on countries, where the economy’s size is above a certain threshold – having US$5 billion of financial assets, using a monetary measure known as M2.

“In 2019, FATF arbitrarily changed this measure to what is known as M3, which is a broader measure of the economy. This arbitrary change meant that, for the first time, Jamaica exceeded the US$5 billion threshold, which meant Jamaica would be included in the list of countries that FATF would focus on and monitor, a process known as ‘greylisting’,” he told the Jamaica Gleaner newspaper.

Opposition Leader, Dr. Peter Phillips, has called for the right balance to be struck, to ensure that legitimate businesses are not compromised.

“We have to ensure that the rules, set by the international organisations, are in our best interest,” Phillips told Parliament, on Tuesday,

The Finance Minister said that the Andrew Holness-led government will be taking action to remedy deficiencies in Jamaica’s framework, for addressing UN-targeted financial sanctions, related to terrorism; and amend laws governing the regulation of trusts and the non-profit sectors, in order to improve AML/CFT compliance.

He said the government would also seek to ensure an increase in money-laundering investigations that use financial intelligence, and amend the Companies Act to ensure that beneficial ownership disclosure standards are updated, to be consistent with FATF standards.

“Jamaica has, until late 2021, to complete its Action Plan. Once this is done, Jamaica will be removed from FATF’s greylist and the reversal of the EU’s action will also occur,” Clarke told Parliament on Tuesday.