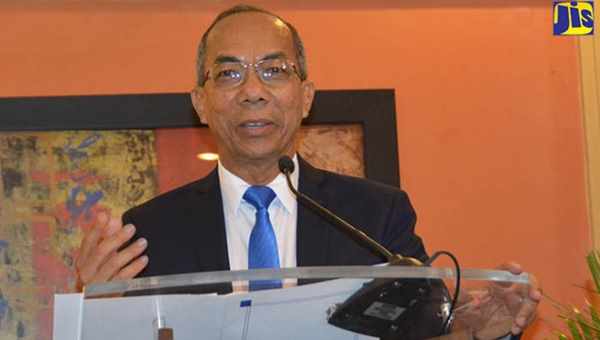 Jamaica's National Security Minister, Dr. Horace Chang, said that the unidentified man was held, yesterday, by the police, during an operation, and was reportedly in possession of a firearm at the time of his arrest.

KINGSTON, Jamaica, May 8, 2020 (CMC) – Police have detained one man, in connection with the murders of two children, including an eight-year-old child, National Security Minister, Dr. Horace Chang, has disclosed.

In a statement, Chang said that the unidentified man was held, yesterday, by the police, during an operation, and was reportedly in possession of a firearm at the time of his arrest in Denham Town.

The statement revealed that another firearm was seized, near the location, where the individual was held.

Chang said that the arrest is as a result of improved mobility, increased use of technology, and that the police were able to act, swiftly, and make an arrest in connection with the killings.

“A critical element to successful crime-fighting operations is police mobility,” Chang said, adding “it should never be, that our ability to tackle crime is retarded by immobility, while ensuring the safety and security of our citizens”.

The National Security Minister said that, in response to the alarming tendency for people to resort to violence, the ministry will be ramping up its anti-violence campaign, and will work, alongside the National Commission on Violence Prevention, to provide a comprehensive review of the government’s violence-prevention strategies.

He described the murders as an unfortunate situation, which is not a part of the national culture.

Opposition spokesman on National Security, Fitz Jackson, has called for Prime Minister, Andrew Holness, to address the country, regarding the rise in murders and shootings, noting that despite the threat of the coronavirus, (COVID-19), violent crimes continue to increase daily, and the situation is “past alarming”.

“The Prime Minister owes it to the country, to explain why is it that they are continuing to allow the crime levels to increase unabated,” Jackson said.

Children’s Advocate, Diahann Gordon Harrison, has condemned the killing of four children in the Kingston West Police Division, in the last two weeks, adding that the murders are a wake-up call that the ills that plague Jamaica as a society, are alive and well.

She urged the police to “leave no stone unturned, until the perpetrators are identified and brought to justice”.

More than 400 people have been murdered in Jamaica, since the start of the year.