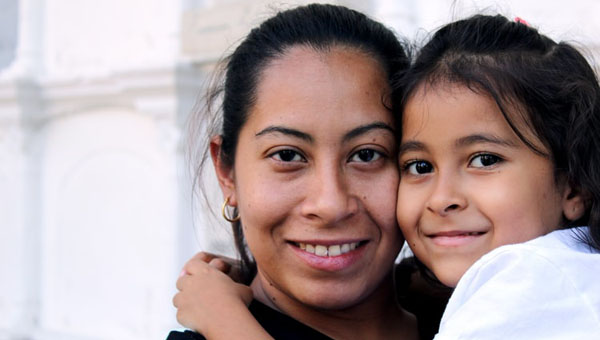 Mother’s Day, this year, has entered its second century, since its inception, 106 years ago. Yet, most people have yet to find its true meaning.

There are many, who hold the belief that Mother’s Day was developed as a commercial holiday — by Hallmark, or some other company — to sell greeting cards, candy, and flowers. Conversely, they may believe it is a day, exclusively to celebrate the domestic role of women in the home and family.

Sadly, neither of these perceptions is, in any way, accurate. The women, who originally celebrated Mother’s Day, envisaged it as an occasion to utilize their status, as mothers, to protest injustice and war.

Early beginnings
Mother’s Day is, by no means, a new holiday. The earliest celebrations can be traced back to the spring celebrations, in ancient Greece, in honor of the mother of the gods, Rhea — at dawn people would make offerings of honey cakes, fine drinks and flowers.

The Romans also built a temple in Rome to the mother of all gods — Magna Mater or Great Mother. A celebration in her honor, called the Festival of Hilaria, was held, each March, and gifts were brought to the temple, to please the powerful mother-goddess.

In the 1600’s, on the fourth Sunday of Lent (the 40 days leading up to Easter), England celebrated “Mothering Sunday”, as a way to honor the mothers of England. Many of the country’s poor people lived and worked, as servants for the wealthy, far away from their homes and families.

On Mothering Sunday, servants were given the day off, to return home and spend the day with their mothers. A special cake, called the “mothering cake”, was often baked to add to the festivities. legacyproject.org/guides/mdhistory.html

Modern Mother’s Day
The story, behind modern Mother’s Day, begins in the peace movement, and as a day recognizing women’s social action. Julia Ward Howe, a Boston writer, pacifist, suffragist, and author of the words to the Battle Hymn of the Republic, first suggested a Mother’s Day in 1872.

She saw it as a day, dedicated to peace, as she was so greatly distressed at seeing Europe plunged into the Franco-Prussian War, so soon after her generation had suffered through the American Civil War. For several years, she worked, tirelessly, toward the recognition of a “Mother’s Day for Peace”, on June 2. 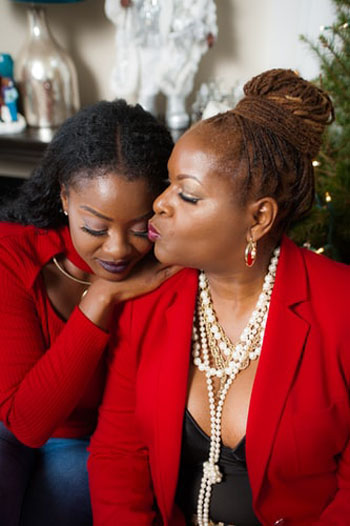 In Boston, Massachusetts, she organized meetings, as a rally for women, whom she believed bore the loss of human life, more harshly than anyone else. Little interest in her ideas was shown by men, but she appealed to war mothers, the women who supported husbands and sons at war, pleading, “Why do not the mothers of mankind interfere in these matters to prevent the waste of that human life, of which they alone bear and know the cost?”

She made the case that war was a preventable evil, and mothers have a “sacred right” to protect the lives of their boys. Although her version of Mother’s Day never really caught on, Howe went on to head the American branch of the Woman’s International Peace Association, which observed a day, dedicated to peace.

In 1858, Anna Reeves Jarvis, also called Mother Jarvis, to distinguish her from her daughter, organized Mother’s Day Work Clubs in West Appalachian communities, to improve sanitary conditions and stem her community’s appalling infant mortality rates. In her lifetime, Jarvis had 12 children but, sadly, only saw four of them live to adulthood, losing eight, who were under the age of seven.

After the Civil War, Mother Jarvis worked as a peacemaker, encouraging families to set aside differences, brought about by the polarization of the war. In 1868, she organized a “Mothers Friendship Day”, to bring together families that had been divided by the conflict, and reunite former foes (Union and Confederate soldiers) on the battlefield.

This initially-tense day went well, with veterans, from the North and South, weeping and shaking hands for the first time in years. For several years, Mothers’ Friendship Day was an annual event.

Mother Jarvis spoke about the purpose of the day: Mother’s Day is to remind us of our duty, before it is too late; this day is intended that we may make new resolutions, for a more active thought to our dear mothers; to make us better children, by getting us closer to the hearts of our good mothers; to brighten the lives of good mothers; to have them know we appreciate them, though we do not show it as often as we ought. legacyproject.org/guides/mdhistory.html

Anna Reeves Jarvis, or Mother Jarvis, died on the second Sunday in May 1905. The official observance of Mother’s Day in its present form is credited to her daughter, Anna Jarvis.

When her mother passed away, Anna was at her graveside and recalled something her mother often said: I hope that someone, sometime, will found a Memorial Mothers Day, commemorating them for the matchless service, they render to humanity, in every field of life. She (mothers) is entitled to it.

Then and there, Anna made a promise to her mother: the time and place is here and the someone is your daughter, and by the grace of God, you shall have that Mothers Day. www.thestatesman.com/lifestyle/mothers-day-anna-jarvis-fought-get-abolished-1502634944.html

When Anna Jarvis died in 1905, her daughter, also named Anna, vowed to honor her mother’s political activism, by creating a national Mother’s Day. In 1908, Anna petitioned the superintendent of the church, where her Mother had spent over 20 years teaching Sunday School.

Her request was honored, and on May 10, 1908, the first official Mother’s Day celebration took place at Andrew’s Methodist Church in Grafton, West Virginia, and a church in Philadelphia, Pennsylvania. The West Virginia event drew a congregation of 407 and Anna Jarvis arranged for white carnations — her mother’s favorite flower — to adorn the patrons. Two carnations were given to every mother in attendance. www.mothersdaycentral.com/about-mothersday/history/.

Companies seized on the holiday, by setting out to teach Americans how to honor their mothers, through buying them flowers, candy, or cards. This outraged Anna Jarvis, the daughter.

When florists sold carnations for the then-exorbitant price of $1 a piece, she began a campaign against “those who would undermine Mother’s Day with their greed.” Sadly, she was hardly a match for the flower and card companies, and so a billion-dollar industry was born. www.baltimoresun.com/news/bs-xpm-1995-05-14-1995134104-story.html .

Like birthdays and Christmas, this mid-spring holiday generates much revenue for card companies, like Hallmark; florists; candy companies; and restaurants. However, with this special day soon approaching, it is wise for all to consider the vital importance of the pillar of a stable society: mothers.

From the moment the pregnancy test reads positive, the woman is differently defined. There is a status change, she automatically joins the ranks of special people and embarks on a special journey. Studies have proven that, on the whole, just as surely as plants need water and sunlight, children wither without motherly influence, and likewise, flourish with it. This is a truth, long ago expounded on, in a source that too few recognize today, as being authoritative: the Bible.

Feminists cringe at the thought, and view any attempt to persuade working moms to return home as an attack on women’s rights. They would rather compete with men, to prove they are every bit as capable of holding a successful career. The problem is, that while they have proven that point, it has come at considerable cost to our children.

In the Good Book, there is some specificity, for according to Proverbs 29:15: “The rod and reproof give wisdom: but a child left to himself bringeth his mother to shame.”

Enough cannot be spoken of the second oldest profession in the world, that carries no prior training, is non-salaried, has no job security, no vacation, no stipulated hours of duty, no paid overtime, and one, for which you can be held accountable, despite how old the product has become.

Personally, at best, I cannot even conjure up the thought of a more thankless job. If things do not turn out a certain way, even and including manhood, then it is Mom’s fault. Well, Mom didn’t… Or, where was your mother when you did this…?” Didn’t your mother teach you that?” 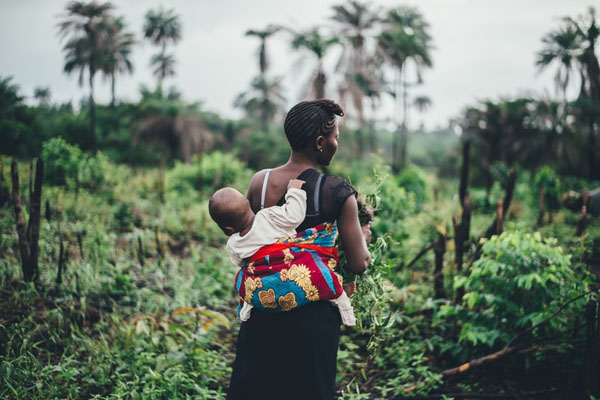 Yes, there are commercials, all over the place, reminding us to send flowers, or buy Mom candy, but where is the real sentiment? Photo credit: Annie Spratt/Unsplash.

I have said it myself, when I see a child acting out in public; the first thought that runs through my mind is: “Where is that child’s mother?” No sane or rational-thinking human would challenge the following facts: babies are endlessly demanding; toddlers require 24-hour security surveillance, to protect them from their relentless curiosity. Parents of elementary school children are corralled into helping with homework, bake sales and field trips; while in high school, to provide the requirements for science projects with frightfully sounding names.

Adolescents’ extra-curricular activities require complicated shuttle services, and teenagers can be intimidating, surly beasts, challenging parents to love them more when they are most unlovable, being currently forced, without preparation, to practice home-style self-isolation, and avert likely academic doom by assuring the child’s continued presence in the virtual classroom.

We need to look more closely at Mother’s Day and allow it to take its rightful stand and stance.

When spending time with mothers on Mother’s Day, it is important that children remember that their mother needs a break too, from being a mom. Ask anyone which is the most important day for them, and you will get answers, ranging from birthday, Christmas, to wedding anniversary day etc. How many have said, or will say, Mothers’ Day? Very few I guess.

For some reason, Mother’s Day gets overlooked or downplayed. Yes, there are commercials, all over the place, reminding us to send flowers, or buy Mom candy, but where is the real sentiment?

It would be a great thing to give commercialism a break and bring this day back to what it was intended to be – a day of immaterial love and appreciation for Mom. May we all feel a deeper appreciation for the great blessing of motherhood, not just when we celebrate Mother’s Day, but every day. After all, without mothers, where would we be, as a society?

Happy Mother’s Day to mothers the world over!