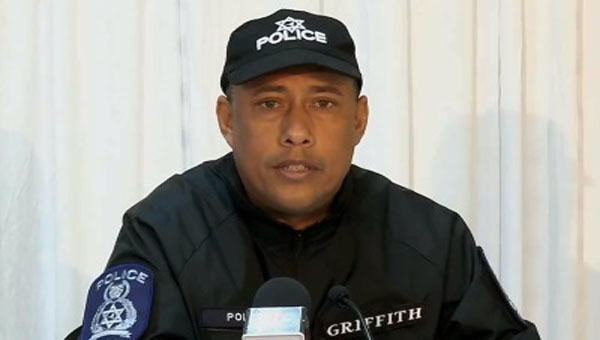 PORT OF SPAIN, Trinidad and Tobago, May 8, 2020 (CMC) – The criminal investigation into the scandal, surrounding Cambridge Analytica – the England-based political consulting firm, has been completed.

This was announced, on Wednesday, by Police Commissioner, Gary Griffith, who told reporters that the matter, which involved an alleged breach of data privacy laws in the twin-island republic, was now closed.

Deputy Commissioner of Police, Jayson Forde, said the matter was investigated, but despite their best attempts to reach data analyst and author, Christopher Wylie, who had accessed electronic data of citizens of the country, they were unsuccessful.

Forde said that Whylie did this, with the intention of interfering with the electoral process of the country.

“This allegation was spoken of in a book, written by Wylie, titled ‘Mindf*ck: Cambridge Analytica and the Plot to Break America’.”

He said the police became aware of the allegation, in October 2019, and pursued an investigation, which he, Forde, headed as lead investigator, along with a team of officers.

“The information we got, was that Wylie was somewhere in the United Kingdom. As such, several attempts to communicate were made, with several persons and organisations, that we felt could have assisted our investigations.”

He said they made attempts to reach Wylie, by telephone, Whatsapp, e-mail and written documents, without success.

“(We) had no responses from these persons and organisations, we had reached out to. In light of that, we are stumped and, as such, the Trinidad and Tobago Police Service (TTPS) is closing this investigation, pending the emergence of evidence to support the investigation,” Deputy Police Commissioner Forde announced.

Griffith added that the decisions, made by the police force, were not influenced by any external parties.

“The Trinidad and Tobago Police Service does not have an obligation to give these final reports, to clear or to charge anyone, or to please anyone, or to deliberately affect anyone. All of our investigations (are) independent and impartial,” Commissioner Griffith opined.

In November 2019, the government announced that an investigation would be raised into Cambridge Analytica’s role and Wylie’s claims in his book, regarding a breach of privacy of Trinidadian citizens, which involved accessing their online browsing information and location data.

Wylie, who worked with Cambridge Analytica, also made claims regarding the involvement of the main opposition United National Congress (UNC), which the party has denied.

The Cambridge Analytica’s website, which has since been taken down, cited the UNC’s ‘Do So’ campaign as one of its case studies, saying the company’s methods resulted in the election victory of the opposition party.

According to Cambridge Analytica, the employment of the company’s research-based differential campaigns and establishment of consistent policy and variegated communications contributed to the UNC’s landslide victory in 2010.