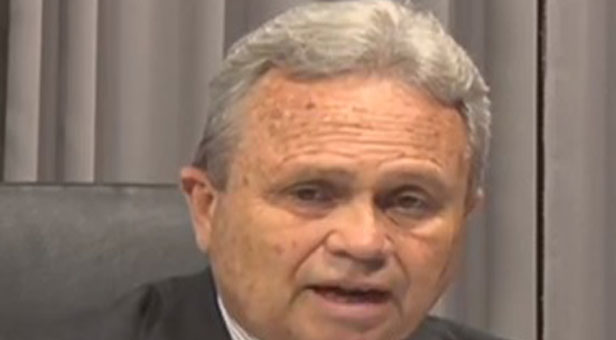 PORT OF SPAIN, Trinidad and Tobago, May 12, 2020 (CMC) – The Trinidad and Tobago government announced, today, it would be establishing a “very innovative loan program” to help small- and medium-sized enterprises survive the impact of the coronavirus (COVID-19) on the local economy.

Finance Minister, Colm Imbert, speaking at the daily Ministry of Health COVID-19 briefing, told reporters also that the government was moving to ask the state-owned First Citizens’ Bank (FCB) to give a two-year moratorium on repayment of principles, on loans for micro enterprises.

“We are defining a small and medium enterprise as an enterprise, whose annual turnover sales would be TT$20 million a year; and for those categories, we are coming up with a very innovative loan program, where the government will subsidise the interest.

“We are looking at a full subsidy of interest on this loan program, and the government will guarantee part of the collateral required for the loans. We can’t guarantee a 100 percent, because it would mean that the small businesses can walk away, without paying the loan,” Imbert reasoned.

He said the initiative would be done, through the FCB, “so that the interest rates can be controlled at the level of the government”, adding that initiative is also “for payroll support”.

“It is to keep people in jobs; this is to allow them to remain in business,” he said.

Last weekend, the Trinidad and Tobago Chamber of Industry and Commerce said, while it fully supports a risk-based re-start of the local economy, it was “extremely disappointed and concerned about the potential impact to the ongoing viability of the majority of businesses”.

The private sector group said that the approach, outlined, will result in “increased unemployment, social tension, increased crime and further stress upon our already fragile economy”, and that COVID-19 has had far reaching effects on people’s lives, as well as the global economy.

“Cognisant of the significant impact this can have on our economy, we needed a response that drives a dual agenda, protecting both lives and livelihood. Based on the number of businesses, which have been closed – some over eight weeks – the unemployment figure is currently over 100,000 and could now escalate.

“Without any fiscal support, many smaller businesses will probably not survive, while other companies are struggling to understand the long-term impact on their businesses and how best to respond,” the private sector group added.

Imbert told reporters that the Keith Rowley-led government is now considering grants that would go towards micro enterprises.

“We are also going to ask the bank to give persons a two year moratorium on repayments of principles. The government will be paying the entire interest on the loans. The borrowers will not have to pay any principle for the two years.

“No payments at all from small enterprises, which includes micro. But when you get to the very small entities, it is well recognised, all over the world, that you have to give them some assistance, by way of grant funding. One has to be very, very, careful about grant funding (that) it is not abused,” Imbert said.

He told reporters that the government pay-out, of an estimated TT$700 million in Value Added Tax (VAT) refunds, was designed to assist small businesses.

He said the payments were for persons, who were owed VAT refunds, estimated at between TT$250,000 and half a million dollars.

“You will agree that businesses that are owed up to …TT$500,000 in VAT refunds would all be small businesses. So that TT$700 million in cash that we would not normally have paid out in tax refunds, that was directly intended to assist small and medium enterprises”.

He said the TT$100 million, put into the credit unions, here, is also designed to assist small businesses get loans at a cheaper rate.

But Imbert said calls for the government to waive taxes, as well as water and electricity rates, were unreasonable, given the financial positions of the entities, at present.

He said in the case of the Water and Sewerage Authority (WASA), the government provides a TT$200 million monthly subsidy; and the Trinidad and Tobago Electricity Services Commission (T&TEC) needs at least half a billion dollars, in order to pay the National Gas Company for its product.