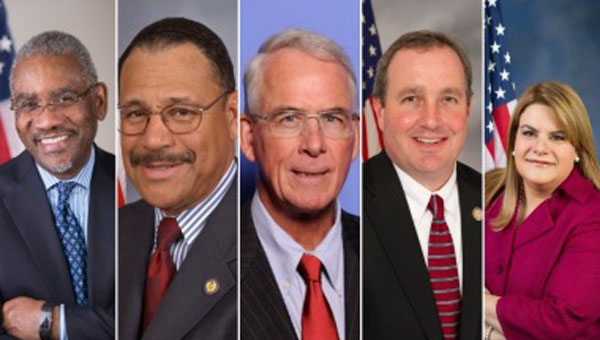 WASHINGTON, District of Columbia May 12, 2020 (CMC) – A bi-partisan group of United States lawmakers, today, expressed support for the re-count exercise in Guyana and urged the authorities of the Caribbean Community (CARICOM) country to allow the US-based Carter Centre to observe the event.

“We welcome the decision to initiate a vote recount in Guyana, and reiterate our bipartisan commitment to supporting a fully transparent election process that reflects the will of the Guyanese people,” the lawmakers said, in a joint statement.

Democrats, Albio Sires, Gregory W. Meeks, and Sanford Bishop, joined Republicans, Francis Rooney,  Jeff Duncan and Jenniffer González-Colón, in urging that the Carter Centre, which was among regional and international groups that observed the disputed March 2 regional and general elections, be allowed back into the country to observe the recount.

A three-member CARICOM team is overseeing the recount of the ballots, which is being organised and conducted by the Guyana Elections Commission (GECOM), and is into its seventh day.

In their statement, the US lawmakers said they appreciated “the vital role that the Caribbean Community (CARICOM) has played, in advancing democratic principles in Guyana.

“At the same time, we urge the government of Guyana to allow the observation team, from the Carter Center, and technical advisory team from the International Republican Institute, to return to the country to join CARICOM in observing the recount process.

“We remain dedicated to ensuring that the Guyanese people are free to exercise their right to vote, that their votes are counted accurately, and that they are able to shape a democratic and prosperous future for their country,” they added.

Last week — in response to a letter from the US Ambassador, here, Sarah Lynch, addressed to President David Granger, requesting his assistance in getting the Centre admitted to the country — Guyana’s Minister of Foreign Affairs, Dr. Karen Cummings, wrote the US Ambassador, informing the diplomat that the airports would remain closed to incoming passenger traffic, as part of Guyana’s national COVID-19 emergency measures.

She said that the government requests that its measures to protect its citizens from disease be respected.