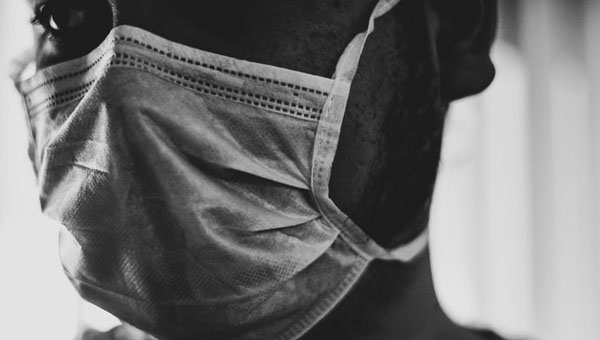 While the coronavirus is non-discriminatory, Blacks are more likely to die, because they bear the pre-existing condition, known as race.

It has a greater impact on those, who our society has discriminated against, for hundreds of years; as well as those, on the social margins, long before the crisis began.

Speaking on March 25, 1960, before the Second National Convention of the Medical Committee for Human Rights in Chicago, Illinois, the Reverend Martin Luther King Jr. said, “Of all the forms of inequality, injustice in health is the most shocking and the most inhuman, because it often results in physical death”. www.rwjf.org/en/blog/2013/01/_of_all_the_formsof.html

The World Health Organization (WHO) has determined that geographic locale, ethnicity, education, environmental stress, and access to a health care system are social determinants of health and health inequities. These factors are influenced by the diverse distribution of resources, wealth, and power. www.rwjf.org/content/rwjf/en/library/collections/racism-and-health.html

Every crisis presents a unique opportunity for society to take stock of its values, principles, and the existing political order, to move its members toward a true, social contract, which fully ensures that everyone has dignity and worth.

The current pandemic has not only laid bare the ways, in which racism and systemic discrimination have left Black communities more vulnerable to coronavirus and its impacts, but, additionally, has exposed the consequences, when society allows structural inequities to persist, while ignoring the needs of low-income and working people.

As a consequence, Black communities, in Montreal, Quebec, are reeling from the devastating impact — a harsh and inescapable reality. www.cbc.ca/news/canada/montreal/montr-al-nord-covid-19-highest-rate-1.5548712

Some neighborhoods in Montreal — Montreal Nord, Ahuntsic-Cartierville and Cote-des-Neiges — have been transformed into hot-spots of Covid-19 infections.

To better evaluate their needs and develop adequate services for these areas, most affected by the current pandemic, Quebec community groups, especially the Centre for Research Action on Race Relations (CRARR), under the directorship of Fo Noemi, has called on both the federal and provincial public health authorities to collect data on the race, language and household income of affected individuals. www.crarr.org/?q=node/20102.

On May 6, Horacio Arruda, Quebec’s National Director of Public Health announced his assent to the provincial collection and compilation of such data.

“Yes, this information will be collected,” he said, at the province’s daily COVID-19 briefing in Quebec City, noting that the data could be useful “especially if there (are) risk factors from certain communities that could be related to genetics”. montreal.ctvnews.ca/quebec-to-collect-data-on-race-economic-status-of-covid-19-patients-director-of-public-health-says-1.4927486

According to Fo Noemi of CRARR, the collection of race-based data was already being conducted in the U.S and the U. K; and Dr. David Williams, Ontario’s Chief Medical Officer has stated that his province would soon begin collecting, both race-based and socio–economic data. toronto.ctvnews.ca/ontario-will-soon-start-asking-covid-19-patients-about-race-and-socio-economic-status-1.4927869 . In comparison to other countries, Canada is far behind, as regards tracking how ethnicity affects the labour market, the justice system and health care — another example of policy makers missing the mark and ending up behind the eight ball.

In 2015, panelists — from the University of Toronto Centre for Criminology (Scot Wortley), Toronto District School Board Research and Information Services (Maria Yau), and City of Calgary Community and Neighbourhood Services (Valerie Pruegger) — at a conference, convened by The Canadian Race Relations Foundation (created by the Government of Canada), addressed the social, technical and political ramifications of collecting race-based data, with a view to informing policy development in this area. www.crrf-fcrr.ca/en/

The following were among the presented rationales for the collection of race-based data:

Additionally, the panelists asserted that race-based data collection is for the benefit of all Canadians, and to give an accurate view of Canada’s current racial climate. www.theglobeandmail.com/news/national/cracks-in-the-narrative-confronting-the-harsh-truths-of-racism-in-canada/article32070545/

Race-based data collection aside, the despoliation, wrought by Covid-19, is an indictment of both our government and health care systems, which evidence demonstrates, were clearly ill-prepared to handle this crisis.

There is a plethora of socio-economic factors to weigh, when expressing the disparities that exists in the nation and provinces, especially Québec; and poverty is perhaps the most crucial.

For far too often, life-changing decisions are made, without the consultation, or input, from the affected communities of color. Blacks remain on the outside of these conversations, continuously overlooked by many in the mainstream environment.

Additionally, when it comes to exposure to the pandemic, the workplace is proving highly-significant and, as a consequence, since Blacks and people of color are deemed among the essential workers in forward-facing jobs, such as janitors, child care workers, nursing home attendants etc., they are more likely to be the most susceptible to the virus. www.cbc.ca/news/canada/montreal/montreal-discrimination-covid-19-rich-poor-1.5551622.

A disproportionate number of Black women are nurses and caregivers in senior citizen residences and nursing facilities. The multiplicity of presenting-factors stem from disparities that are tied to racism.

These actualities are pre-existing conditions that make us more vulnerable, and has been no secret, although it is infrequently discussed. The equity disparities were not caused by the virus. Instead, COVID-19 exacerbated the disparities and intensified their negative impact. Once more it brought things to the fore.

The lingering question is, whether anything or how much will be done this time? The government’s public policy changes, following its collection of race-based data, should go much further than how to treat the next pandemic, when it arrives.

When we count our losses, after Covid 19 passes, sadly its impact would be linked to Canada’s history and heritage of injustices — although one country, we dwell in two very different worlds. With racial demographics on the impact of COVID-19, Canada will have the policy-ability to do something about it. www.hilltimes.com/2020/04/20/why-we-need-race-based-data-on-covid-19/244240

With the number of Canadians tested, or presumed to have COVID-19, the country finds itself facing a never-before-seen health crisis, along with a number of societal weaknesses and inequities, most of which are depicted along racial lines.

Now that at least two provincial governments has assented to the collection of race-based data collection, along with language and income levels, it is imperative that community groups and stakeholders ensure hyper-vigilance is paid to the institution of, and adherence to, firm guidelines regarding the collection of data, as well as analysis and reporting.

If Quebec is to make the wrenching changes needed, to exterminate the virus of racism, (which it so often denies), then there should be input from both legal and health professionals.

For far too often, life-changing decisions are made, without the consultation, or input, from the affected communities of color. Blacks remain on the outside of these conversations, continuously overlooked by many in the mainstream environment.

Key information gaps remain in Canada, and in the country’s data regime, which means that we are missing countless numbers of warning flags about the problems facing Canadians. On a staggering range of issues what one finds is that, Canada and its leaders are flying blind.

Now the nation must get in the race, quicken the pace, collect the data as it oughta, thereby putting racism to flight, instead of only bringing it, once more, to light.