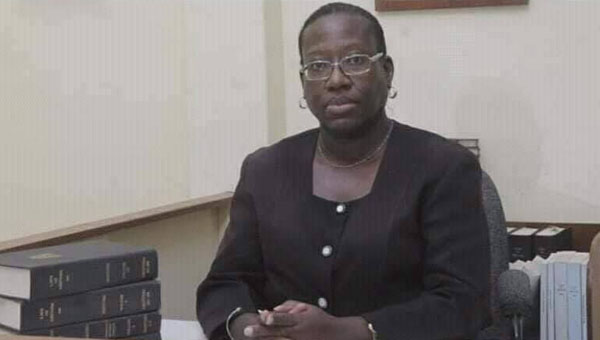 “It is with a sense of profound shock and sadness that I learnt of the sudden passing of Her Honour Karen Noel. It is my understanding that her Honour died at her home on Sunday,” Minister Mathurine-Stewart said in a statement.

“During her tenure as Magistrate, Her Honour demonstrated an unwavering commitment to duty and, from all reports, she was extremely respectful to all. Additionally, Her Honour was also a deeply religious person and was very much involved with church activities,” she added.

Attorney General, Darshan Ramdhani, said the late Magistrate Noel will be sorely missed, adding she was “a person with a level of peace, serenity, integrity, gentleness, equanimity and a sense of fairness and justice that made a mark on our society”.

The Organisation of Commonwealth Caribbean Bar Associations said that Noel always “bore a calm disposition and never displayed the arrogance that sometimes accompanies the power of office”.

“She was a good listener, who treated attorneys and others, who appeared before her, with respect, rendering her decisions fairly and dispassionately, in keeping with her interpretation of the law,” the Association said.

Noel was admitted to the Bar in 1995, before joining the magistracy 15 years ago.

“Her Honour Karen Noel will be greatly missed by all, especially her surviving relatives and friends, and members of the legal and church fraternities,” observed Legal Affairs Minister Mathurine-Stewart.

“On behalf of the government and people of Grenada, and on my own behalf, as Minister for Legal Affairs, I extend sincere condolences to her mother and brother, other relatives and friends, and to her colleagues of the legal fraternity. May her soul rest in peace.”