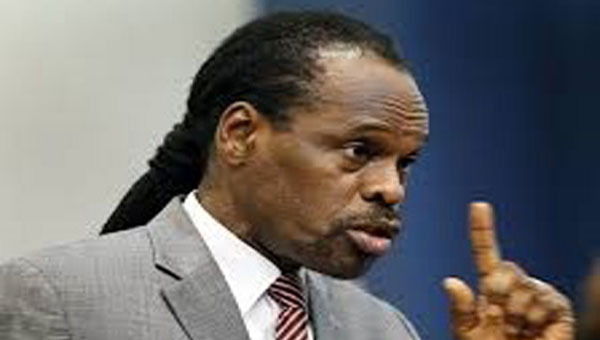 Fitzgerald Hinds, Minister in the Ministry of the Attorney General and Legal Affairs, has been named as the new Public Utilities Minister. Photo credit: CMC.

PORT OF SPAIN, Trinidad and Tobago, May, 18, 2020 (CMC) – Prime Minister, Dr. Keith Rowley, named the Minister in the Ministry of the Attorney General and Legal Affairs, Fitzgerald Hinds, as the new Public Utilities Minister, replacing Robert Le Hunte, who had submitted his resignation, last weekend.

In addition, the Prime Minister, appointed radio personality, Jason Williams — who is expected to contest the upcoming general elections on the ticket of the ruling People’s National Movement (PNM) — as a Senator, also replacing Le Hunte in that legislative chamber.

A statement, posted on the Office of the Prime Minister’s website, noted that he had advised President, Paula-Mae Weekes, to revoke the appointment of Le Hunte as a legislator and government minister, after accepting his resignation.

While the original statement, issued on Sunday, gave no indication as to why Le Hunte — who had given up his Ghanaian citizenship to accept a ministerial post, almost three years ago — he did indicate that his resignation was due to a “professional conflict on policy positions”.

“In these circumstances, I gave our Prime Minister the opportunity to proceed in a manner, which allows the government to achieve its objectives,” he added.

The Trinidad Express newspaper reported, today, that a clash, over the spending of TT$1.5 billion for a water metering project, was at the center of the conflict that erupted, during last Thursday’s Cabinet meeting.

Williams, 41, who in 2010, won the Road March title, as part of a Soca duo, will contest the marginal Barataria/San Juan seat, now held by former Health Minister, Dr. Fuad Khan, on behalf of the main opposition, the United National Congress (UNC).

Meanwhile, Brian Manning, son of the late former Prime Minister, Patrick Manning, will contest the San Fernando East seat that his father had held, from 1971 until 2015, when he was replaced by Randall Mitchell, the current Minister of Tourism.

“I am humbled and inspired by the decision of the screening committee of the People’s National Movement, in selecting me as the next candidate to represent the party in the constituency of San Fernando East,” Manning wrote on his Facebook page, acknowledging also the service provided by Mitchell to the constituency.

General elections are constitutionally due, later this year, and Prime Minister Rowley has already indicated that it will be held, when it is due, regardless of the coronavirus (COVID-19) pandemic.