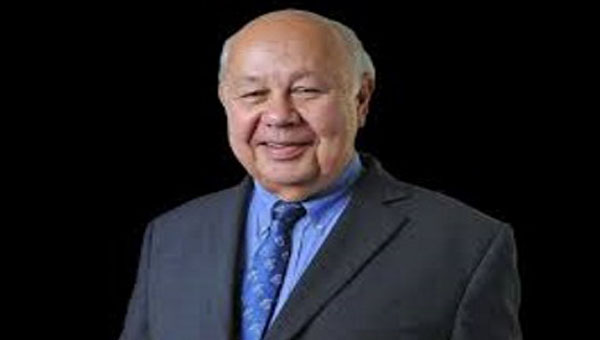 The Jamaica Gleaner newspaper, which Clarke managed and chaired for four decades, described him as a “quintessential media tycoon, Caribbean luminary, humanitarian and banker, who had an almost inexhaustible list of accolades”.

The venerable newspaper said that Clarke was arguably one of the most influential and renowned media magnates, across the English-speaking Caribbean, serving also as Managing Director and Chairman of the 185-year-old Gleaner Company.

“A central figure in corporate Jamaica, Clarke played a pivotal role in the establishment of the powerful Private Sector Organisation of Jamaica (PSOJ) in 1976, and was later immortalised among its esteemed leadership, over the years, when he was inducted into the organisation’s Hall of Fame in 1996,” the Gleaner memorialised.

The paper said that Clarke, a shrewd businessman and entrepreneur extraordinaire, and the late Chairman of Radio Jamaica, J. Lester Spaulding, inked a deal in 2015, to merge the newspaper with the Radio Jamaica Communications Group, arguing that unfavourable, local, economic conditions were at the heart of the decision to amalgamate the media entities.

“You cannot provide independent news, unless you are viable. What Jamaica faces, is that there are a number of foreign companies coming in and putting up programs that solicit advertising, and you have a lot of businesses that are not making their way. The Gleaner’s interest in this, is trying to create an organisation that is viable, can last, and is Jamaican,” Clarke said then.

The Private Sector Organisation of Jamaica (PSOJ) said the late media mogul was “a magnanimous private sector leader and a true Jamaican patriot. He was fearless, yet remained humble and affable, endearing many from all walks of life with his wit and sense of humour. He has been a powerful influence in the shaping of Jamaica’s modern history.”

“His legacy will be inextricably linked to his unrelenting pursuit of freedom of the press, locally and internationally, as well as his leadership and development of two Jamaican institutions, the JN Group and RJRGLEANER Communications Group,” the PSOJ observed. 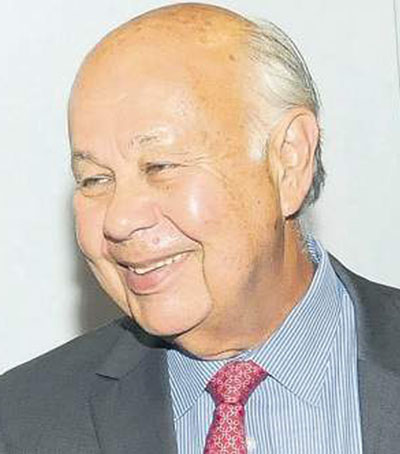 Clarke is survived by widow, Monica Ladd, and daughter, Alexandra.

President of the main opposition, the People’s National Party (PNP), Dr. Peter Phillips, described Clarke as a champion for press freedom, who supported the formation of the Press Association of Jamaica (PAJ) in the 1960s and, later, the Media Association of Jamaica (MAJ), and carried his passion on the global stage, through his association with the Inter-American Press Institute.

“He created and provided opportunities to many young journalists and other media practitioners, to develop their skills and serve their communities and country from the bastion of North Street, or through its affiliated organs in the United States and the United Kingdom,” Phillips commemorated.

The opposition leader also said that Clarke represented a true example of patriotism, as he facilitated and accommodated the many calls to national service.

“When Jamaica faced major challenges in its development, particularly over recent decades, Mr. Clarke was never hesitant in responding to the call, from different political administrations, to serve at the highest levels, in search of solutions.

“His analytical skills and business experience and accounting expertise were frequently called on, to bring our nation through difficult times, as was the case during the advent of dollarization in the 1980s, and as head of various task forces, including the body that examined the emoluments of parliamentarians.”

Phillips also remembered Clarke was a “leading and honored figure in the private sector, having served as Chairman of the Jamaica National Building Society, for many years.

“He had a deep passion for his country and spared nothing, in standing behind causes of national development. He was willing to use, what he had, to reshape the nation for the better. It was this passion for change in the culture of violence, which led to his creation of the Peace and Love in School initiative.

“He believed in application of critical thinking in problem-solving; this led to the establishment of many think-tanks that elevated important ideas on the issue of crime, national debt and other matters that were of national and international concerns,” Phillips offered.

Clarke worked with the Jamaica National Building Society (JNBS) as Assistant General Manager and, later, as General Manager, from 1971 to 1976. He served as Chairman of JNBS for two decades, 1977 to 1997, and also as Deputy Chairman from 1997 until 2002, when he was reappointed Chairman.

His involvement with the institution deepened in February 2017, when he was appointed Chairman of the newly-launched subsidiary, JN Bank; as well as the restructured mutual holding companies, The Jamaica National Group and the JN Financial Group. In April 2019, he demitted the Chairmanship of both JN Bank and the JN Financial Group and remained Chairman of The Jamaica National Group, up to the time of his passing.

In his tribute, the Chief Executive Officer of the Jamaica National Group, Earl Jarrett, said that Clarke was a “change maker”.

“Under his chairmanship, Jamaica National was transformed into a conglomerate. Jamaica National is now an international business and is recognised as one of the top 10 companies, from the Caribbean to the wider world. His mission was always to find alternative pathways for the development of Jamaica,” Jarrett elaborated.

In 1990, Clarke received the Americas Award from the Americas Foundation. The American Foundation for the University of the West Indies recognised him as a Caribbean Luminary in 2004, and, in April 2006, the American Friends of Jamaica awarded Clarke with its International Humanitarian Award.

Clarke, a chartered accountant, who studied at the London School of Economics and received a BSc in economics, was inducted into the Order of Jamaica in 1998.

He is survived by widow, Monica Ladd, and daughter, Alexandra.