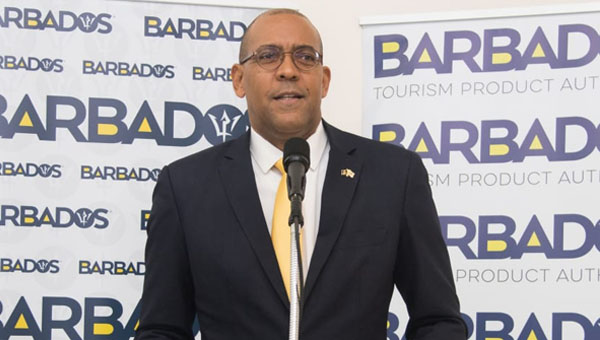 BRIDGETOWN, Barbados, May 22, 2020 (CMC) – Barbados says, while its international airport remains closed to commercial traffic until June 30, this is not a guaranteed date for when airlines will resume flying into the island.

“I cannot give you a date, on which the airlines will be returning. We have taken a position that the airport remains closed to commercial traffic, until the 30th of next month,” Tourism and International Transport Minister, Kerrie Symmonds, told a virtual news conference, regarding the Grantley Adams International Airport.

“If the happy circumstances arise that you have significant improvements, and we can feel confident that it is easy to reopen, then that decision will be taken; but, until such time, we are going to be very guarded on this matter, and go as fast as the data and the circumstances allow us to feel comfortable. 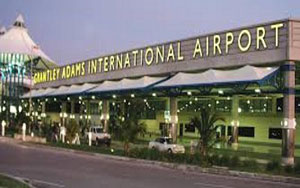 Barbados, like other Caribbean Community (CARICOM) countries, closed its borders in March, in a bid to curb the spread of the coronavirus (COVID-19) that has killed nearly 400,000 people and infected more than 4.5 million others, worldwide.

Symmonds indicated that safety is a priority for Barbados, and any decision taken, to reopen the sector, will “not be date-driven, but rather data-driven”.

“I want to make it clear, that we have not settled yet, on any definitive course of action, not just in Barbados, but across the Caribbean, and also with the airlines,” he disclosed, adding that Prime Minister, Mia Amor Mottley, and her St. Lucian counterpart, Allen Chastanet, both Chaired a “useful meeting” with all the airlines that service the region, last week.

“The airlines understand what we are trying to achieve …. Their interest as well is safely. The take away from that meeting is, that there is no competitive advantage that anybody has over the others, in terms of being safe.

“We all want the highest degree of safety that we can have. Nobody feels comfortable in reopening, until you have been able to secure, first of all, the well-being of the people in your country and the workers, and secondly, the visitors to the island,” he stated.

Noting that regional protocols were also being examined, he said officials were looking at criteria, with regard to the data, managing risk and safety protocols.

These include, possibly implementing a COVID-19 rapid test, which could be conducted on departure from the source market, on arrival to Barbados, or at both points, if cost allows.

“This is a discussion that is being had, around the region.  In the absence of that, we are going to have to rely on the airlines being very robust partners, in the context of that which they do, to make sure there is a contaminant-free corridor between, for example, when you leave JFK and when you arrive in Barbados,” Symmonds added.

He said that temperature testing and prior knowledge of travel history would be required, so that, as much as possible, persons exhibiting symptoms could be “sieved out”. Protocols were also needed for the appropriate levels of quarantine space for persons, who may eventually test positive.

Symmonds said that domestic protocols also needed to be settled because, while there was a common understanding at the regional level, the sovereign state would have to implement, as best as possible, its own standards and due diligence to minimize risk.

“Bottom line is, the perfect scenario would be, to have a vaccine … but that is several months away …. In the meantime, life has to go on and we will have to exist with this threat, we call COVID-19, until this time comes.  So, therefore, our [approach] has to be about managing the risk, minimizing the risk, and making sure that we can still do business, while we protect people, as best as humanly possible,” Symmonds concluded. 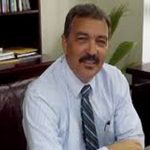