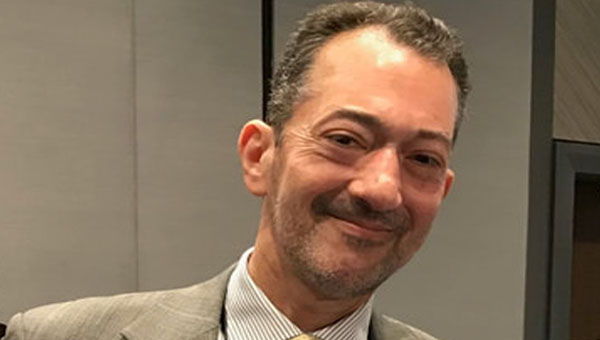 Dr. Jay Kaufman, a Department of Epidemiology and Biostatistics Professor at Mc Gill University, observes that there has been longstanding resistance to race-based data collection, by Canadian health authorities, including Quebec. Photo credit: www.jayskaufman.com.

On May 6, Québec’s Director of Public Health, Dr. Horacio Arruda, said Quebec would begin collecting data about the race, socio-economic and ethnic background of those infected with Covid 19.

“Yes, this information will be collected,” he said. “I must check back the exact question, but we are collecting this information because, especially if there are also risk factors from certain communities, that could be related to genetics.”

Regarding the collection of health data about race, according to Dr. Jay Kaufman, a professor in the Department of Epidemiology and Biostatistics at Mc Gill University, there has been longstanding resistance, by Canadian health authorities, including Quebec, merely because it lacks applicability for health decisions.

Kaufman further alluded to the fact that collection of race-based data, generated the feeling that medical care should be coordinating people, according to race, and then treating people differently, according to that. He opined that the government’s concern about such a situation was legitimate.

Both researchers and academics have concurred that, in Quebec, the collection of race-based data would unearth underlying elemental/latent injustices, consequently evoking government action to protect susceptible segments of the population.

On May 21, in response to questions from the Montreal Gazette newspaper, the health ministry stated its refusal to collect race-based-data.

Now that community groups and activists are aware of their fate, they have vehemently indicated their unwillingness to wait. Some organizations, including the Cote-des-Neiges Black Community Association, will commence their individual data collection.

Additionally, Fo Noemi, Director of the Centre for Research Action on Race Relations (CRARR), is preparing to coordinate a meeting, between community members and health officials, in an effort to “uncloak” the idea of collecting race-based data, and spell out why its collection is important.

The about-face attitude of the Québec government and health officials should come as no surprise, for although the actors may be different and the scene somewhat altered, the stage remains the same — and racism is still the game.

Could all and sundry have forgotten that Quebec continues to be a province in denial, about the existence and extent of racism?

An Ipsos poll for Global News, conducted last year, showed Quebec to be more racist than the rest of Canada. www.mtlblog.com/news/canada/qc/new-poll-suggests-quebec-is-more-racist-than-the-rest-of-canada.

A pandemic only exacerbates what already exists within a system or society, hence collection of race-based data would provide incontrovertible evidence, bringing to light things that are not so right, something the province would much rather avoid.

Although it is wrong, Quebecers were merely being strung along, believing that collection of race-based data would be one step towards addressing inequities, especially in the healthcare system.

Currently, the unanswered questions remain — what did the Health Minister find that caused him to, so quickly, change his mind? A promise he did make, he now owes an explanation, as to why he did the promise break. Do we need to ask, or is the truth hidden behind the mask.