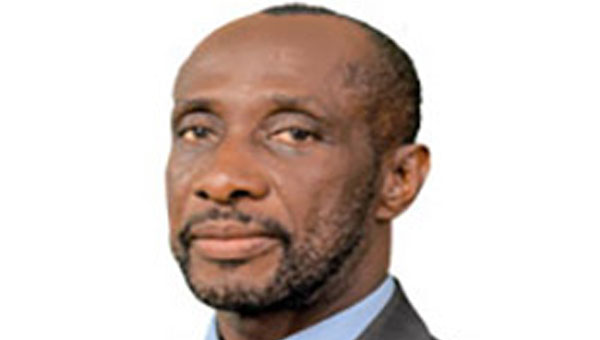 BASSETERRE, St. Kitts-Nevis, May 22, 2020 (CMC) – Seven years after quiting the then-ruling St. Kitts-Nevis Labour Party (SKNLP), to form the People’s Labour Party (PLP), Sam Condor has again called it quits; and is returning to the now-opposition SKNLP, after saying he is disappointed that “my dream of a better St. Kitts-Nevis has not been realised, by once idealistic colleagues”.

Condor, who served as the Federation’s Ambassador to the United Nations until yesterday, said that the members of the Team Unity government, “in five short years, have forgotten why the unity construct and its agenda, appeal to so many of our people”.

“Regrettably, they have failed to implement the good governance agenda that was our mantra of 2015,” said Condor, who had once served as deputy Prime Minister in a Denzil Douglas-led SKNLP administration.

He told reporters that “these good governance measures were deemed urgent and necessary, to strengthen our democracy and to end the vicious cycle of recrimination, hostility and tribalism, among our people.

“Unfortunately, we have not seen the focus necessary, to address this level of divineness in our society and, if anything, our society has become more divided now, than it has ever been,” said Condor, who quit the SKNLP administration in 2013, in a show of support for Harris, who had then been fired by Douglas from the Cabinet.

The coalition, Team Unity, comprises Harris’s PLP, the People’s Action Movement (PAM) and the Concerned Citizens Movement (CCM), and Condor told reporters that he has had much time to reflect on his affiliations, past and present.

“I have concluded it is more prudent to be part of a movement, the St. Kitts-Nevis Labour Party that has shown contrition for its missteps and is prepared to censure itself. Honesty, humility and selfless service have always been my watchword, and I will never, never compromise them, for anything or anyone”.

“I ask that every citizen do a similar sober soul searching, introspection and retrospection. I urge all to approach the coming poll with an open mind and seriously scrutinise every candidate and every party, (and) I employ you to make wise decisions for the future of the next generation and the country as a whole,” he implored.

Voters in this twin-island Federation will go to the polls on June 5, to elect a new government, with Nomination Day set for May 27. In the last general election, Team Unity won seven of the 11 seats, with the remainder going to SKNLP.

Harris has told voters that they should re-elect his administration, saying “you can move forward with Team Unity to a stronger and safer future”.

“Our Federation is and always will be safer with Team Unity. Our record has shown that when faced with adversity we have responded well,” he said.

But Douglas has said that the SKNLP is fully mobilised to contest the elections, predicting “the St. Kitts-Nevis Unity administration will lose the election and the St. Kitts-Nevis labour Party will emerge, with a mandate to lead our people, into a new post-COVID-19 era, where we will fix a lot of the problems that have existed”.

Meanwhile, the St. Kitts Christian Council is appealing for peace and Christian values in the campaign, leading up to the election.

Canon, P Alister Rawlins, of the St. Kitts Christian Council, told radio listeners that the church should not be involved in partisan politics.

“In terms of the elections coming up, well the Church Council will have a part to play, we believe. That is yet to be fully determined but, hopefully, we should have a couple of meetings with the relevant authorities, soon,” he added.