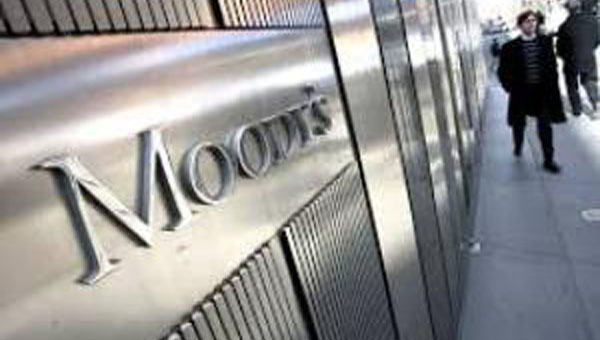 “Moody’s decision to keep the rating of Trinidad and Tobago unchanged, is a testimony to the resilience of the country, in the face of unprecedented shocks,” said Finance Minister, Colm Imbert.

But Moody’s Investors Service said, last Friday, it had changed the outlook for Trinidad and Tobago to negative, from stable, noting that the negative outlook reflects increased downside risks to Trinidad and Tobago’s economic and fiscal strength, stemming from medium-term challenges that have now been exacerbated by the severe shock to global oil and gas demand and prices, triggered by the coronavirus (COVID-19) pandemic.

The government’s balance sheet has weakened, since the previous oil price shock in 2015, notwithstanding recent fiscal consolidation efforts, leaving the nation’s credit profile exposed to a further-prolonged period of depressed oil and gas prices or lower investment in the energy sector, than what the authorities currently expected.

In addition, despite renewed efforts, limited prospects for economic diversification and institutional constraints will continue to limit the shock-absorption capacity of the economy.

But Moody’s indicated that the affirmation of the Ba1 rating recognizes that the country maintains sizable fiscal buffers, which underpins the government’s fiscal strength, low government liquidity risks and limited external vulnerabilities.

It said the assets at the Heritage and Stabilization Fund (HSF) provide a sizable fiscal buffer, supporting “our assessment of fiscal strength. The rules that allow withdrawing from the fund are strict and the government has tapped it only three times”.

As of April 30, 2020, the stock of assets in the fund, amounted to US$6.19 billion, or 26 percent of our estimate for 2019 gross domestic product (GDP). These assets are liquid and invested in international equities and fixed income assets.

“The authorities secured legislative authorization to withdraw up to $1.5 billion (6 percent of our estimate for 2019 GDP) from the HSF to cover part of this year’s fiscal deficit. That said, the authorities do not expect to withdraw the entirety of the approved amount this fiscal year.”

Moody’s said it believes the authorities may be eligible to withdraw an additional amount, under the rules of the HSF, in the next fiscal year. As a result, the rating agency expects the HSF to decline to 20 percent of GDP, by the end of 2021, from the current 26 percent of GDP.

It said also that Trinidad and Tobago also has low government liquidity risks, due to ample access to a relatively deep domestic financial market. In the past, the government has comfortably met most of its financing needs from domestic funding sources, which have covered, on average, around 80 percent of its total needs.

“Given the significant increase in gross financing needs for 2020, which the authorities estimate at around 15 percent of GDP, the government plans to complement domestic market issuances, with multilateral financing and withdrawals from the heritage stabilization funds, as well as tap international markets to refinance a maturing global bond.”

The Ministry of Finance said that the COVID-19 crisis, combined with the collapse of oil prices, have led rating agencies to change the rating of a very large number of countries. The shock-absorption capacity of Trinidad and Tobago has been enhanced by a bold and pro-active policy response, it added.

“The rating stability owes, in good part, to the track record of the government, which responded to the previous oil shock, post-2015, in a way that, according to Moody’s, exceeded its expectations. It is the intention of the government to continue to preserve what underpins Moody’s credit rating: the sizable fiscal buffers, low liquidity risk and limited external vulnerabilities,” the Finance Minister said.

Imbert added that “each of them protects the population of Trinidad and Tobago, throughout exceptionally-adverse, global circumstances”.