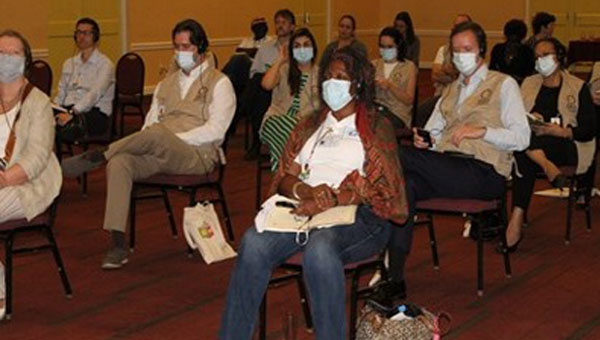 PARAMARIBO, Suriname, May 27, 2020 (CMC) – The Caribbean Community (CARICOM) Election Observer Mission says it has not “seen any evidence of fraud”, during Monday’s general elections in Suriname, where the ruling National Democratic Party (NDP) of President, Desi Bouterse, appears to have lost its majority in the National Assembly.

Preliminary figures, from Monday’s general election, show that the NDP, which had won 27 seats in 2015 to form the government, has, so far, won only 15 of a total 51 seats.

“We have not seen any evidence of fraudulent acts, but we have seen that the elections are well organized and transparent,” said Dora James, the Supervisor of Elections of St. Vincent and the Grenadines, who is Heading a four-member CARICOM team.

She told a news conference that a distinction should be made, between “human error and fraud”, and that the team had been to 120 polling stations in four constituencies.

She acknowledged that there had been minor irregularities on Monday, such as wrong ballots in the wrong place, or people not on the electoral roll, but insisted, that should not be labelled as fraud.

She dismissed as “just a rumour”, reports that Haitian nationals had been brought to a particular polling station to vote.

“We are amazed at how people have behaved. This is unique. The atmosphere was friendly and free. For us, the elections looked like a big colourful social party. This is unprecedented,” she told reporters. 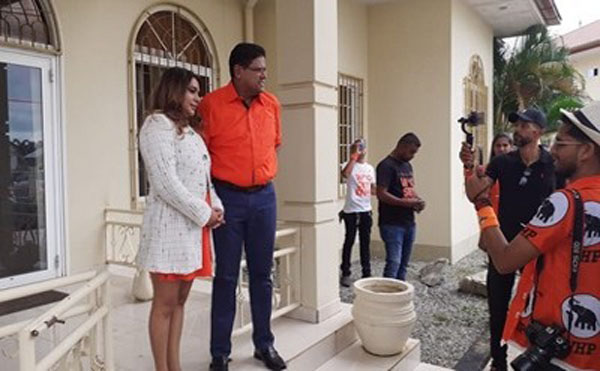 Former Suriname Justice Minister, Chandrikapersad (Chan) Santokhi, Leader of the Progressive Reform Party (VHP) — the largest party in the opposition that won 21 of the 51 seats in the national assembly — and his wife, speak to reporters, after the election.

The CARICOM Observer Mission said that although more could possibly have been done to keep the distance of one-and-a-half meters, in keeping with the measures outlined for dealing with the spread of the coronavirus (COVID-19), the authorities had done much, to ensure voters were well-protected.

She said nearly all had expressed concerns about fraud, during the elections.

“We heard, and assured them that we will keep a close eye on everything, and we did. In the preliminary phase, eight districts were also visited, to talk to citizens. On the day of the vote, we looked at all the possible ways that could be used for cheating, but nothing was found. The ballot went smoothly.

“We can safely say that – where we have observed – no irregularities have been found, and that Suriname has done extremely well. We hope that the results of these elections will be translated into the will of the people,” said James.

The counting of ballots resumed, today, and, so far, the preliminary results show that the Progressive Reform Party (VHP — the largest party in the opposition, Headed by former Justice Minister, Chandrikapersad (Chan) Santokhi — had won 21 of the 51 seats in the National Assembly; while the Algemene Bevrijdings en Ontwikkelingspartij (ABOP), led by former rebel leader, Ronnie Brunswijk, had won eight seats; and the National Party of Suriname (NPS), Headed by former President, Ronald Venetiaan, garnered four seats.

Additionally, the Brotherhood and Unity in Politics (BEP) party won two seats, and the Pertjajah Luhur a single seat.

The election was also observed by a team from the Organisation of American States (OAS). 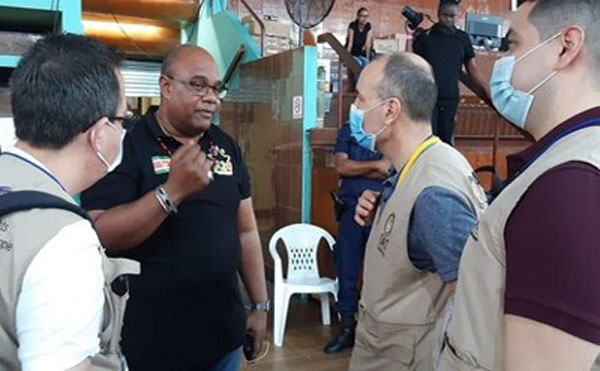 President of the Independent Electoral Bureau (OKB), Jennifer van Dijk-Silos, has criticised the Ministry of the Interior for unnecessarily delaying the results of the elections.

She said, contrary to previous elections, the ministry did not immediately present the counted votes from the various polling stations to the public, but, instead, started to analyse the results, on television, with its own experts.

“At that point, people will not benefit from your analyses, but the raw data should be given to the media. To make matters worse, the ministry suddenly stoped passing information and the confusion is then complete,” added Van Dijk-Silos.

She said that all polling stations have already been counted, since this was done at the various polling stations, adding that the preliminary results should have been made available, much quicker.

“This is called the unofficial result, because only the OKB can, after checking the counting of the polling stations, officially determine the result.

According to Van Dijk-Silos, none of the main polling stations have started checking the official reports and documents of the polling stations in their districts. That will start on today.

She said it was not necessary that some of the main polling stations, such as that of Paramaribo in the Anthony Nesty Sports Hall, had resulted in chaos.

“A normal process is taking place. The vote lasted until nine o’clock, and only then, did the counting begin at the polling stations. So the people continued working and only in the course of the following day, until noon, were they able to take their ballots boxes to the relevant principal electoral committees,” she revealed.