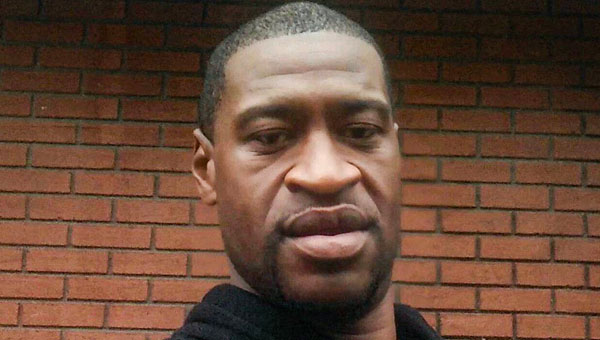 The late George Floyd, a 46-year-old security guard, was suffocated to death, as a consequence of Minneapolis police officer, Derek Chauvin, kneeling on his neck, during a takedown, for over five minutes.

Another day in the United States of America; another White cop around; another Black man, face down on the ground; another mournful alert, about failing breath — all translated into yet, another death.

Take it or leave it, strange, but nevertheless true, police shootings in America are also an epidemic of gun violence, as the country remains in the grip of a long, overdue reckoning with its undying love of guns.

The recent death, in Minneapolis, of 46-year-old security guard, George Floyd, has been compared to that of Eric Garner, an unarmed Black man, who met his demise in 2014, after being placed in a chokehold, by New York City police officer, Daniel Pantaleo, and was heard saying, “I can’t breathe”. His dying words later became a rally cry for justice. www.nytimes.com/2019/07/16/nyregion/eric-garner-case-death-daniel-pantaleo.html.

The circumstances, surrounding Floyd’s tragic death, unfolded, late Monday, when officers responded to a call, from a grocery store clerk, who claimed the deceased had used a forged cheque. www.nytimes.com/2020/05/27/us/george-floyd-minneapolis-death.html.

Police said that Floyd matched the description of the suspect and, when located in his car, he “physically resisted officers”, while possibly under the influence of drugs or alcohol.

Published video, on social media, shows Floyd being removed from his vehicle by police.  One video starts with the victim on the ground, his face against the pavement, with police officer, Derek Chauvin, kneeling — yes kneeling — on the neck of a handcuffed man, for five minutes, totally ignoring his pleas of “Please, please, please, I can’t breathe. Please, man.”

Floyd continues to moan, and is told by one of the officers, “relax”. He calls for his mother and says: “My stomach hurts, my neck hurts, everything hurts … I can’t breathe.”

As bystanders shout their concerns, one officer says, “He’s talking, so he’s breathing.”

Wonder what would have been the outcome, if a public-spirited onlooker had pushed the police off the neck of the anoxic individual.

The police officer, not identified, thus far, as suffering from any form of auditory dysfunction that rendered him unable to hear the pleas for help, has not only failed the litmus test for humane behavior, in its most basic sense, but, by extension, dealt a severe blow to the motto of the Minneapolis Police Department — To Protect with Courage, To Serve with Compassion.

Instead, he performed his duty, using his own credo: “Protecting with rage and deserved passion”. And this also applies to the three officers, who stood by and were complicit to the murder.

For far too long, Black humanity has been denied on American soil. The ever-gaping divide, between law enforcement and the Black communities they are supposed to serve, should be no surprise. For Black Americans, policing is the most enduring aspect of the struggle for civil rights. It has always been the mechanism for racial surveillance and control.

However, new video has been released, showing the beginning of the confrontation that would ultimately lead to his death. www.ajc.com/news/new-video-shows-beginning-police-confrontation-that-led-george-floyd-death/xNXUaOqqcy7VjcmUuPd7BP/.

Under the police officer’s restraint, knee on neck, Floyd slowly becomes motionless. Undeterred, the officer does not remove his knee, just before the paramedics put him on a stretcher.

Several witnesses, some of whom were becoming increasingly agitated, had gathered on a nearby sidewalk, recording the scene on their phones. One man repeatedly yelled, “He’s not responsive right now!”

Two witnesses, including one woman, who said she was a Minneapolis firefighter, yelled at the officers to check the man’s pulse. “Check his pulse right now and tell me what it is!” she said.

At one point, an officer said: “Don’t do drugs, guys.” And one man yelled back, “Don’t do drugs, bro? What is that? What do you think this is?” chatnewstoday.ca/2020/05/27/swift-firings-for-minneapolis-officers-in-death-of-black-man/

After nationwide outrage on the killing of Floyd, the four officers involved in the incident were immediately fired, by Minneapolis Police Chief, Madaria Arradondo, with the full backing of Mayor, Jacod Frey.

Frey said, in a statement, that being Black should not be a death sentence, and that criminal charges should be filed against Chauvin. www.pbs.org/newshour/nation/minneapolis-mayor-says-officer-who-kneeled-on-george-floyds-neck-should-be-charged.

However, despite the swift dismissal of the officers, whether the death will be considered a criminal act or something less, like excessive force, is a more complicated question that will likely take months to investigate.

However, to fire them — without charging, arresting, providing a trial, and affording them justice for this crime — would be an even greater injustice.

If we are to “establish justice, ensure domestic tranquility, provide for the common defense, promote the general welfare, and secure the blessings of liberty to ourselves and our posterity”, like the preamble to the American Constitution dictates, they must be held, fully accountable for this crime against humanity.

Two of the dismissed officers have a history of use of force. Careful, ironic attention should also be paid to the fact that, in the same country, in which a current pandemic has claimed over 100,000 lives, and has also caused police departments throughout the U.S to change how they are doing work, yet none of the four officers in the video are wearing masks. Guess it’s a matter of, ignore the mask and get on with the task.

He further added that he is grateful for the swift action to fire the officers involved, and called for a thorough investigation by the FBI. www.republicworld.com/world-news/us-news/padma-lakshmi-calls-for-cultural-reckoning-as-death-of-black-man-spa.html

For far too long, Black humanity has been denied on American soil. The ever-gaping divide, between law enforcement and the Black communities they are supposed to serve, should be no surprise. For Black Americans, policing is the most enduring aspect of the struggle for civil rights. It has always been the mechanism for racial surveillance and control.

Each Black death, at the hands of White police officers, sends us scrambling for answers, while we march and repeat, over and over, age old chants — “No justice! No peace!” “Black lives matter” — almost as if we expect a complete and instant change in the hearts of racists, that will make them accept, and believe, those words.

We labour under the belief that, if we continue to proclaim the fact that “We are people”, it will penetrate the defenses of those, who hate us, for no other reason, but the color of our skin. It is plain to see that none of that has worked.

The world is faced with one more true, and horrible, tale of another Black life lost, for doing nothing at all. In essence and reality, Floyd was nothing but an unarmed, innocent victim, who had his life taken, by those, sworn to protect and serve.

Once again, America refuses to accept Black people, as people. The country is also stricken by a serious mandemic, of dubious origin, that, specifically, claims Black males as its victims, but with identified perpetrators.

It is blatantly apparent that justice for Black people is almost an imaginary entity. It certainly does not exist, across all of America. Have Blacks really made progress? Or should it be called by another name?

Now America is leading the retreat, back into an untenable position, where people are judged for the color of their skin, instead of the content of their character. Blacks are killed — while talking; not talking; jogging; running; playing; walking; driving while Black; in the comfort of their homes; playing music; selling “loosies”; selling CDs; asking for help, after being in a car wreck; or holding a cellphone.

As Khalil Gibran Muhammad, author of The Condemnation of Blackness, states, “White people, by and large, do not know what it is like to be occupied by a police force. They don’t understand it, because it is not the type of policing they experience. Because they are treated like individuals, they believe that if ‘I am not breaking the law, I will never be abused’.’’

The lives of all people must be respected, no more strange fruits. While we assert, and maintain, that all lives matter, White males are not the deadly victims of rogue police officers, at any level of comparison, to the degree that we find Black men. They get to go home after traffic stops, but too many Blacks go to the grave, after being stopped.

It is time for systemic racism in our nation to be totally dismantled, for until America gets its act together, there will always be death on the street, when Blacks and police meet.