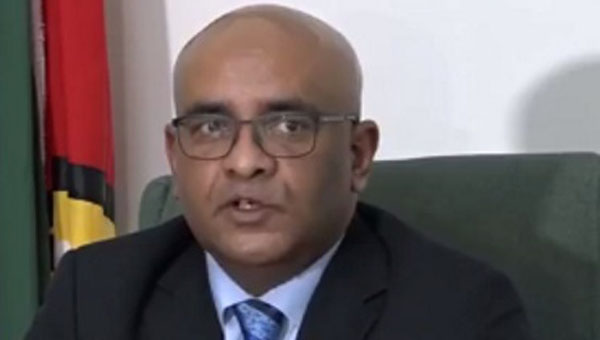 “The last few months have been a difficult period, where the Chair has had to contend with key elements, within the Secretariat, and the three APNU+AFC Commissioners, who are bent on undermining every effort, aimed at producing a credible result, which reflects the will of the electorate,” noted Jagdeo, who is also the PPP/C General-Secretary.

In a statement, he argued that the recount could not have been completed without her leadership and steadfastness, reasoning that “The fact that she was present at the Arthur Chung Convention Center, throughout the entire process, is testimony to her commitment to ensuring its completion, in keeping with the undertaking that she had given to the court.”

The Opposition Leader explained, that when he and President, David Granger, appointed retired Justice Claudette Singh as GECOM Chair, they “did so with knowledge of her personal and professional integrity”.

Pointing out that the results of the just-concluded ballot recount show that the PPP/C won the March 2 elections, he added, “We are now awaiting the official declaration.”

The unofficial result of the 33-day, national ballot recount — scrutinized by a three-member CARICOM team; held at the Arthur Chung Convention Centre in Georgetown and concluded last Sunday — showed that the PPP/C outdistanced the APNU+AFC by 233,336 votes to 217,920, respectively.

“I, therefore, call on you to exercise restraint,” implored Jagdeo, “as we await CEO Lowenfield’s expeditious submission to the Commission, of a tabulation of the certified recount results from the 10 electoral districts, together with a summary of the observation reports for each district.

“The Commission will then meet and discuss this report, consistent with its mandate, and the final results should be declared, in accordance with the Order, on or before the 16th of June.”

The official declaration of the election, will be effected by a vote of the seven-member Commission, comprising of three coalition government-appointed Commissioners; three Opposition-nominated Commissioners; with the Chair casting the deciding vote.