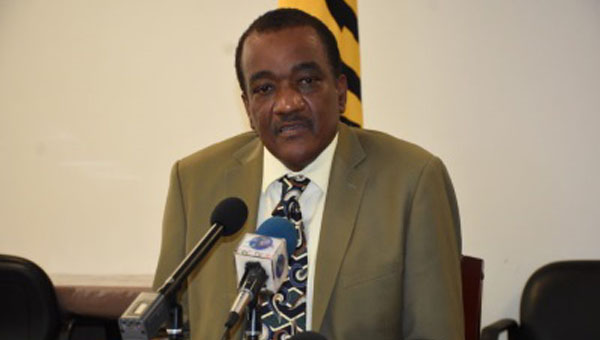 BRIDGETOWN, Barbados, June 10, 2020 (CMC) – Barbados confirmed, today, that four of the 110 nationals, who arrived, here, from the United States, yesterday, had tested positive for the coronavirus (COVID-19), but that the island is much better prepared now to deal with the virus than in March, when it first surfaced in the region.

Health and Wellness Minister, Lieutenant Colonel Jeffrey Bostic, told a news conference that a Jet Blue flight brought home Barbadians, who had been stranded in the United States, since the COVID-19 pandemic was declared and international flights stopped.

He said that the Ministry of Health and Wellness received a report from the Best-dos Santos Public Health Laboratory, today, revealing that four of the 110 passengers on board that flight had tested positive for COVID-19.

“The four, who are now in isolation at Harrison Point, St. Lucy, are: three women, aged 53, 25 and 20; and a 39-year-old man. They were among a total of 187 people tested yesterday. One result is pending and all of the others were negative for the virus, but remain in quarantine,” Bostic disclosed.

The Health Minister said that two of the four people who remained in isolation, up to Tuesday, were not being released, after they were declared free of the virus.

“The four new cases bring the number, now in isolation, to six and our tally of confirmed cases, since March 16, to 96. Additionally, 83 people have recovered. Yesterday’s positive results for COVID-19 came after a 17-day hiatus, since the last positive case on May 22,” Bostic told reporters.

He said while the results are of concern to Barbados “the results themselves were not unexpected and have not alarmed us”.

“The public health officers in this Ministry were fully aware and have been advising the government that we should be prepared for an uptick in cases, once travel from hotbed areas resumed,” he said, adding “I wish to assure the public that Barbados is much better prepared today, to deal with this challenge, than we were in March, when the viral illness surfaced here on island. We certainly have more capacity and experience than we had at the beginning.”

The Health and Wellness Minister said that he has continually cautioned residents that the pandemic is not over, and that “the bulk of our cases have been imported cases, comprising mostly of Barbadians, and with the lockdown, we have been able to contain the spread, but the fact of the matter is, that once we open up, and we have to eventually open up, the possibility is that cases will return”.

“The good news is that our systems are now enhanced. For example, at the ports of entry, we no longer have to rely on the hand-held thermometers to check temperatures but, instead, we have installed the thermal testers that make it so much easier for persons to be facilitated.

“We have a more than adequate supply of testing kits, so we are now able to test everyone arriving into the island, as well as to continue testing anyone, who is recommended to be tested or who wishes to be tested in Barbados,” Bostic said, adding that the local laboratory has now completed more than 6 000 tests for COVID-19 “which is a significant achievement for a small island state, such as ours”.

Bostic said that the virus will be around for a long time, or at least until a vaccine is developed, “but we are also determined that we will not be paralyzed by the presence of this virus”.

“We must never retreat or surrender, but we must learn to live with the knowledge that this virus is around us. As a country, we must act responsibly, by following all the protocols and public health advice. An important objective of this Ministry is to continue to educate you about this disease and provide you with all the tools necessary to safeguard the health of this nation,” he added.