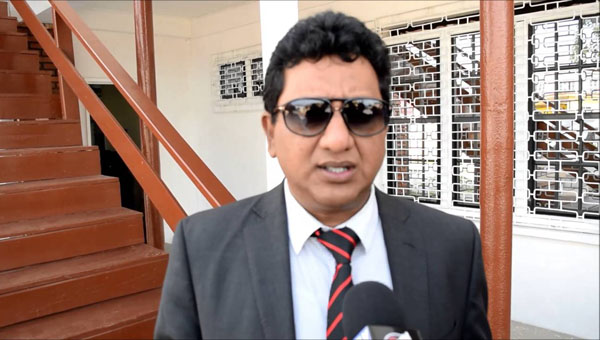 During an appearance before the Acting Chief Justice, via video conference, Nandlall admitted that he did not have sufficient evidence to proceed with the matter, hence his decision to withdraw the case, completely.

The proceedings, filed in March, claimed that Mingo was in violation of an order of the Court, in relation to the methodology that should be used for the tabulation of the Region Four votes from the March 2 elections. The Court had earlier ordered Mingo to follow the law in tabulating the votes.

Chief Justice George-Wiltshire said, previously Nandlall was aware that the case had “deficient evidence”, and was repeatedly asked whether he wanted to continue with the case, and he always responded in the affirmative.

But that changed on Tuesday, when he wrote to the Court asking that the matter be withdrawn.

George-Wiltshire reminded Nandlall that a contempt of Court case is a very serious one.

She then accepted the application to withdraw and ordered costs in the sum of GUY$150,000 for each of the officials that the case was filed against.

Nandlall indicated that he will stand the costs.