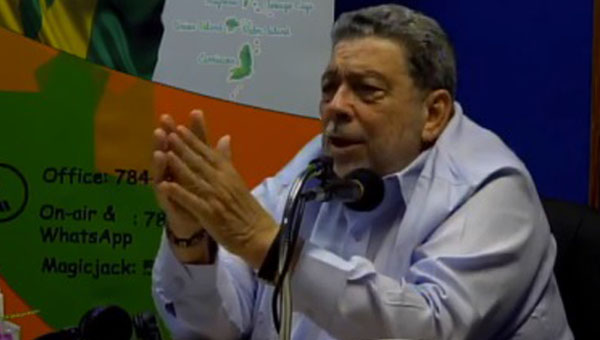 KINGSTOWN, ST. Vincent, June 11, 2020 (CMC) – Incoming Caribbean Community (CARICOM) Chair, St. Vincent and the Grenadines Prime Minister, Dr. Ralph Gonsalves, says he remains satisfied that the 15-member, regional grouping “will not stand by, idly, and watch” the results of the ballot recount, which was properly done, “be set aside”.

The Guyana Elections Commission (GECOM) has, until next Tuesday, to declare, officially, the winner of the polls, after the recount exercise was concluded, last Sunday, in the presence of observers from CARICOM, other international and local organisations, and representatives from the 11 political parties that competed in the elections.

The Peoples’ Progressive Party/Civic (PPP/C) said that the recount has shown that it won the election, by 15,416 votes, while the ruling coalition — A Partnership for National Unity (APNU) and the Alliance For Change (AFC) — has claimed that a significant number of irregularities and anomalies took place, during the voting exercise and has called on GECOM to take these “observations” into consideration.

Gonsalves, speaking on a program on the state-owned NBC Radio, posited, “We expect the CARICOM observer mission to deliver its report, and we expect that what is the recount would be honoured, and the Guyana Elections Commission would honour that recount and declare the winner, in accordance with this recount.”

He told radio listeners, “anybody, who wants to challenge anything, afterwards, can go to court; but you have to declare the winner, in accordance with the recount,” he added.

Gonsalves, who is expected to take over the Chairmanship of CARICOM 0n July 1, said that there had been “no complaints” about the first two processes, involved in the elections, namely: “what happens before election day, the process of registration, putting the machinery in place for free and fair elections; and, secondly, what happens on election day”.

“Nobody said it was a sham elections, or irregularities were such, so as to undermine the efficacy of the poll. The third question, which was outstanding is the counting of the votes.

“That’s why the first statement that (Prime Minister of Barbados) Mia Mottley made, as Chair of CARICOM…was that each vote must be counted, each vote has to be counted. Well this is where you had the basis for the recount and, the reason why it is an election and not a selection (is), you have to count the votes and you have to count them honestly,” the incoming CARICOM Chair pointed out.

Gonsalves said that he is “satisfied that CARICOM will not stand by idly, and watch the recount, which is properly done, for the results to be set aside”.

“St. Vincent and the Grenadines stands firmly for democracy and reflecting the will of the people. That will tell you where we are. I don’t have to say anything straight and plain. CARICOM is not going to tolerate anybody stealing an election,” he said.

Gonsalves said he is aware of a number of opposition parties that, when they lose an election, make a number of complaints.

“It is almost a boring repetition. We get the reports, follow the law and who win, win. When you take part in an election, there is always a chance that you may lose and, if you lose …you take your licks, like a man,” Gonsalves said.