New in Pride
Home / National News / Now Is Not The Time For Silence: It’s Time To Eradicate Racism, Together 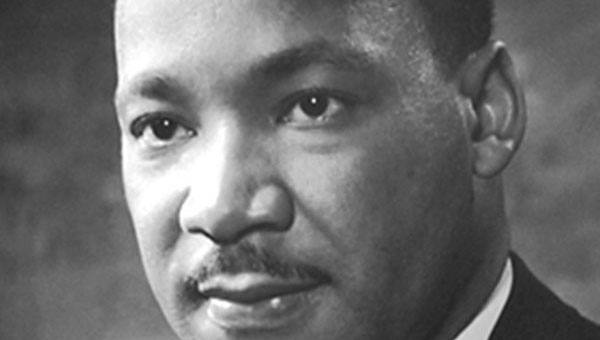 The name of human rights icon, Reverend Dr. Martin Luther King, Jr., springs to mind, when effective leadership and accountability are spoken of.

Now Is Not The Time For Silence: It’s Time To Eradicate Racism, Together

My heart aches for the injustice I see. We must come together to voice our disdain for racism. We must stand up for one another — together.

As most of you know, the US is currently in upheaval, after the violent death of George Floyd at the hands of police officers in Minneapolis, Minnesota, last month. Protests have sprung up all over the country, over the past weeks and, indeed, around the world, and there is a palpable undercurrent of anger and desperation in the tens of thousands, who are demonstrating.

While the majority of these have been peaceful, at the encouragement of various operatives, who are working to incite the protestors, violence has broken out in some areas, doing further damage not only to the cause, but also to a variety of Black businesses.

Reverend Dr. Martin Luther King, Jr. once said, “Rioting is the language of the unheard.”

We believe that it is important to understand and acknowledge the pain that is driving the protestors and rioters in the US, and around the world, this week. We live in a culture, stained with the ugliness of systemic racism — a stain that has been present for generations.

If the recent events have shown us anything, it is that little has changed, in regards to policing in the 50 years, since the Civil Rights Movement of the 1960s. We are still protesting the same atrocities, still fighting the same prejudice.

Clearly, the people are still desperate and angry, just as they were when Dr. Martin Luther King, Jr. was assassinated in 1968; just as they were when police officers went unpunished for beating Rodney King in 1992; and just as they have been dozens of times over the past few years, as we have seen Black people, of all ages, killed for no reason, often with impunity.

While there are those who seek to deny the existence of this systemic racism, we can see it clearly, and it hurts every one of us — whether we are Black or White, and whether aware of the problem or oblivious.

As long as this racism exists, our society cannot be healthy and whole.

But the current unrest speaks to more than just the existence of systemic racism. If rioting is the language of the unheard, then it is our leaders, who are refusing to listen, when we cry out in pain.

Professional athletes made headlines in the US, last year, as they took a knee to protest the very thing that happened to George Floyd, last month; and yet they were largely dismissed by government leaders and society, as a whole. Rather than listening to their pain and acknowledging the social issues they were bringing attention to, leaders politicized their protest, and demonized them.

Their protests were disregarded, because they brought light to inconvenient truths, about a problem that is eating away at the very foundation of Western society. And because their voices were not heard, those who are oppressed, felt not only anger and fear, but also that their voices did not matter, and that they were of lesser value than those, whose voices are consistently welcomed in the public discourse.

What we are seeing now is a result of this widespread refusal to hear and acknowledge the pain of the people, and a refusal to begin the long and difficult process of actually fixing these problems.

The same holds true, across a wide spectrum of sectors, here in Canada. Anti-Black racism affects our country in myriad ways — politically, socially, and in the business community.

Over the years, there have been many Black professionals, who started their own businesses, because it was the only way that they believed they could survive — because they did not have the same ready access to jobs and advancement opportunities, as other members of the wider community.

These Black business owners face obstacles, caused by systemic racism. They have less access to capital, to investors and loans and they suffer negative stereotypes, as they don’t receive adequate and equitable support from municipal, state, and federal government leaders.

They ask for help, but they are not heard — and this refusal to hear us, is the greatest insult and injury to the Black community.

We have to join forces, as a community, as a society, and as a country — people of all races, creeds, and political leanings. Until we all feel heard, supported, respected, and safe, none of us will truly be free.

It is only when our leaders begin to take our concerns seriousl, that we will see true progress; only when we all force them to make it their priority to stamp out racism, that we can dream of a world, where equality is a universal value.

Until our leaders begin to truly lead, they are simply part of the unhearing that leads to desperation and violence — regardless of the color of their skin.

Each person, with every precious breath we take, must commit to working, together, to create change in a world that is equitable for all.

In the words of former US President, Barack Obama: “So the bottom line is this: if we want to bring about real change, then the choice isn’t between protest and politics. We have to do both. We have to mobilize to raise awareness, and we have to organize and cast our ballots to make sure that we elect candidates, who will act on reform.”

Nadine Spencer, a Jamaica-born Canadian businesswoman, activist and philanthropist, is the President of the Black Business and Professional Association (BBPA); and the Chief Executive Officer of BrandEq Agency, a marketing and communications agency.