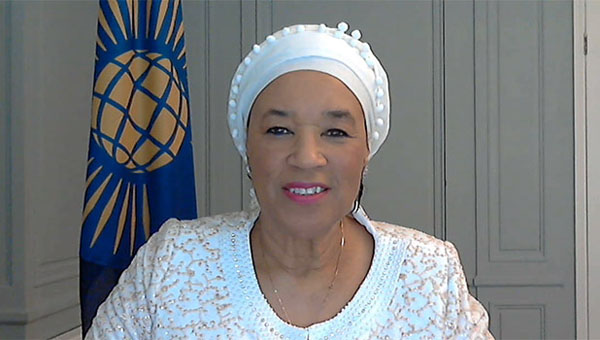 The Commonwealth Secretary-General, Baroness Patricia Scotland, said, today, that "The people of Guyana have been patient and deserve finality, as determined by the recount results."

LONDON, England June 15, 2020 — The Commonwealth Secretariat, today, said it welcomed the report of the CARICOM Observer Team to the Recount of the Guyana’s March 2 elections, and commended them for “their brave and selfless service”.

“The CARICOM Observer report is clear, that the recount results are completely acceptable and that nothing that the CARICOM Observers witnessed, warrants a challenge to the inescapable conclusion, that the recount results are acceptable and should constitute the basis of the declaration of the results of the 2 March elections,” Commonwealth Secretary-General, Baroness Patricia Scotland observed, in a statement.

The Dominica-born Secretary-General thanked the organisation’s Senior Commonwealth Adviser, Dr Afari-Gyan, who, she extolled, “remains faithful, steadfast and resilient in his professional and experienced support to the Guyana Elections Commission”.

“The Commonwealth continues to stand with Guyana, and urge the leaders and the people of Guyana to live up to the lofty aspirations, set out in your constitution, your electoral laws, and the Commonwealth Charter,” the statement concluded.