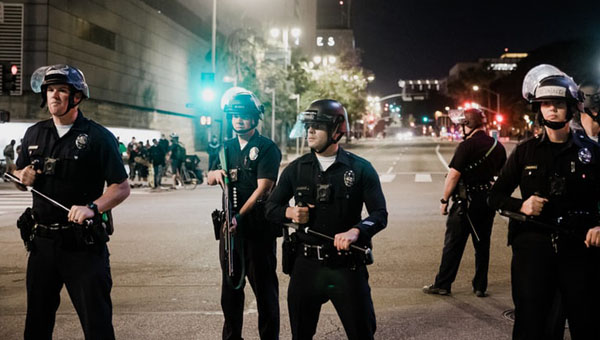 The police killing of George Floyd in Minneapolis set off an explosion of protests around the world. The spark that lit the fire was the video of his slaying.

Some doubt that cameras are effective in curbing police violence, as the lead officer in this case proved — he knew he was being filmed by a bystander, but he kneeled on Floyd’s neck anyway for almost nine minutes. Yet the reaction to Floyd’s death shows that cameras can make police conduct more transparent and potentially accountable — depending on how they’re used.

Prime Minister Justin Trudeau has expressed support for wider use of body cameras by police in Canada, and committed to help fund the cost as a video emerged that showed police brutality against a First Nations chief in Alberta and following the fatal police shootings of two Indigenous people in New Brunswick. 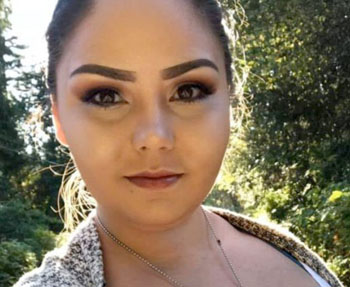 Chantel Moore, is shown in this undated photo, posted on her Twitter page. The 26-year-old Indigenous woman, was one of two, who was shot dead, by police, in Edmundston, New Brunswick.

Research into body cameras points to the need for more than policy alone. To tackle the issue effectively, Parliament should amend the Criminal Code to set out rules about how and when police should use cameras.

Without rules being codified in federal law, police across Canada will use cameras inconsistently and unpredictably — hindering their potential to make police more accountable and to curb the use of excessive force.

Cautionary tales from earlier studies
Studies support the potential benefits of using body cameras, but debate continues over how to use them effectively.

Body cameras correlate with lower rates of police use of force and fewer complaints about conduct — though some argue the reductions are not significant. Leaving police with control over when and where to use cameras often leads to selective and self-serving use.

Forces across Canada have conducted several pilot programs over the past decade, but only Calgary police have formally adopted cameras. Other forces encountered two common issues.

It is costly to equip officers with cameras and to store and manage the copious volume of data those recordings would generate. But equally crucial is the uncertainty over when and where police should be obliged to turn on their cameras, and what happens if they don’t.

Should police capture every encounter with civilians while on duty? Or only when questioning or detaining suspects? If they fail to do so, or make a judgment call not to record or to stop recording, do they violate a citizen’s rights to a fair trial under Canada’s Charter of Rights and Freedoms?

Trudeau’s proposal would help address the funding question, but leave considerable uncertainty around when to use body cams. To be effective, control over the use of body cameras must be taken out of the hands of individual officers, where it’s ripe for abuse. Police need to follow a uniform playbook, set out in law.

Less discretion, more consistency
Those laws can take one of two forms. States like Illinois require officers to record “at all times on duty.” This general approach would be onerous, resulting in too much data and effort to manage it.

South Carolina takes a better approach by mandating camera use in specific situations. Under their law, police must record when detaining suspects for impaired driving — from the moment a police car’s lights go on to the time a breath sample is taken.

Federal law in Canada should mandate police camera use in three cases — any time police conduct an arrest or a detention of more than a brief duration, when they carry out a residential search and when they pull a person over for impaired driving.

Privacy concerns will arise in sensitive, intrusive situations. In those cases, police should be required to seek consent and not record anything sexually invasive.

There should also be laws to address what happens to the video that police record and when they fail to record when mandated. A failure could form the basis for a challenge under the Charter of Rights and Freedoms, possibly resulting in a stay of prosecution.

Body-cams as a tool of justice
As recent events in the United States and Canada have made clear, body-cam use is no guarantee against police brutality.

There may even be a danger that greater exposure to police violence will desensitize us to it. But as George Floyd’s death demonstrates, capturing police conduct on video can still lead to greater accountability.

Trudeau should be lauded for supporting body-cam use in Canada. Making it law would make cameras a tool of justice. Leaving it up to police would make them another weapon for potential abuse.

Robert Diab is an Associate Professor in the Faculty of Law, at Thompson Rivers University. 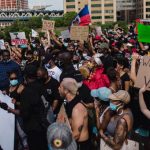 How To Understand Police Violence: Not A Case Of Good Cop Vs. Bad Cop