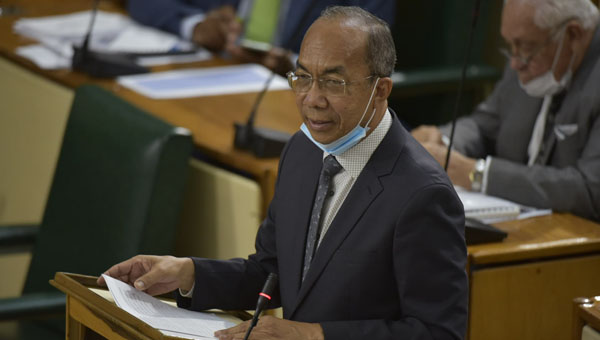 KINGSTON, Jamaica, June 17, 2020 (CMC) – National Security Minister, Dr. Horace Chang, disclosed that the homicide rate curve has been flattening, across Jamaica, over the last two years, as a result “of the structured and strategic security measures”, implemented by the authorities.

“Following the peak in 2017, and the 22 percent drop in 2018, we are seeing a stabilisation in the rate of homicides, and marked reduction in other crimes. To borrow the term from the epidemiologists, the ‘curve is flattening’.

“This is the result of the structured and strategic security measures that have been put in place. We are confident that as we complete the work of transforming the JCF (Jamaica Constabulary Force), we will further reduce the homicide rate, and take homicides to a level that is considered acceptable for a democratic society,” Chang said, in a statement to Parliament, yesterday.

Speaking on last week’s murders of Detective Corporal, Dane Biggs, and Constable, Decardo Hylton, in St. Catherine, a parish in the south-east of the island, Chang said the Andrew Holness government is committed to this work and will continue to provide the JCF with all the necessary support to do so.

He told legislators that the attack on the police, last Friday, was a reminder that in addition to political will, what “we need is a groundswell of national support for the work of the security forces”. 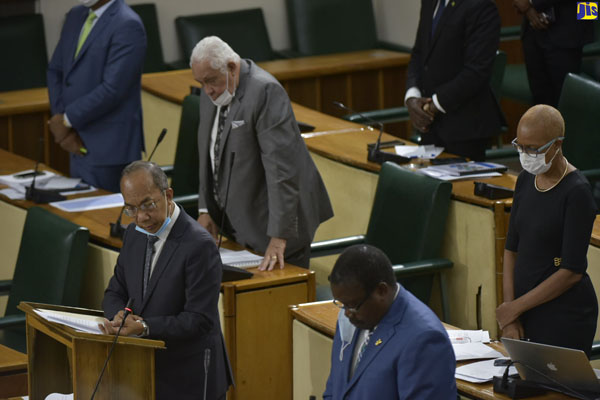 “There will be no real change, until there is a collective condemnation and rejection of criminality. The police, on their own, number 12,000, but if we all join the Force for good, then the Constabulary would number over two million,” Chang observed, adding that every Jamaican has a responsibility to stand against crime, violence and corruption.

Chang noted, over the last four years, the government has consistently prioritised national security as an area for budgetary and policy support, adding that over this period, significant investment has been made in increasing the capacity of the JCF.

“Under the leadership of Commissioner, Antony Anderson, the JCF is undergoing the most aggressive modernisation, restructuring and reform in the history of the JCF.

“There has been significant upgrading and increasing of their mobility, technology, communications, surveillance, training and well-being, ballistics, forensics, and manpower. These were not just cosmetic upgrades. These were necessary improvements to critical areas of our security infrastructure. The cumulative effect of these improvements will result in even greater efficiency in our policing,” he reported.

Chang said that the entire security apparatus is at one, in its recommendation that States of Public Emergency continue to be utilised in the suite of security measures, taken to drive down criminality.

He stated that in high-violence-producing communities, “we have seen their successful implementation, resulting in the reduction of murders and shootings, even while preserving the rights of our citizens”.

So far this year, nearly 600 people have been murdered in Jamaica.