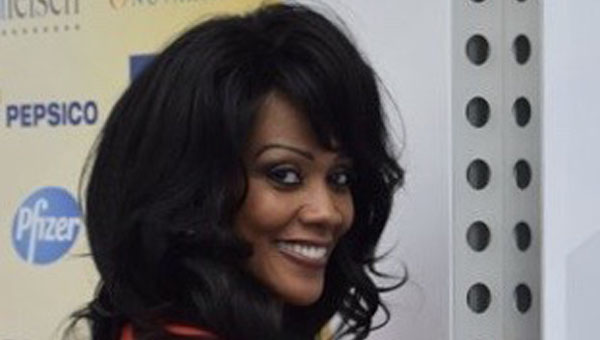 Gwyneth Chapman has been appointed as a Senior Advisor for Anti-Black Racism in the City of Brampton, Ontario. Photo contributed.

BRAMPTON, Ontario June 24, 2020 (PRIDE) – “For too long, brilliant, innovative, hard-working Black Canadians, with so much to offer, have been overlooked and excluded, just because of the skin they are in. This has to stop now!” aptly-asserted Gwyneth Chapman, the outspoken, newly-appointed Senior Advisor for Economic Empowerment and Anti-Black Racism in Brampton, Ontario.

“In order to be a great city, we must commit to empowering all citizens. No more, will we settle for leaving any groups behind,” she added.

St. Lucia-born Chapman, a dynamic, long-time Black-Canadian community and youth advocate, was appointed, last Friday, to lead the City of Brampton’s newly-created Black African and Caribbean Social, Cultural and Economic Empowerment and Anti-Black Racism Unit, which was approved by the city’s Council on June 10.

“We look forward to working with Ms. Chapman and Brampton’s first-ever Black African and Caribbean Social, Cultural and Economic Empowerment and Anti-Black Racism Unit to continue creating true equity within our city,” proclaimed Patrick Brown, Brampton’s Mayor, in a release.

“We are experiencing an important moment in history, where we see our communities coming together to collectively confront systemic anti-Black racism. As public office holders, we recognize it is incumbent on us to take meaningful action that leads to real change.” 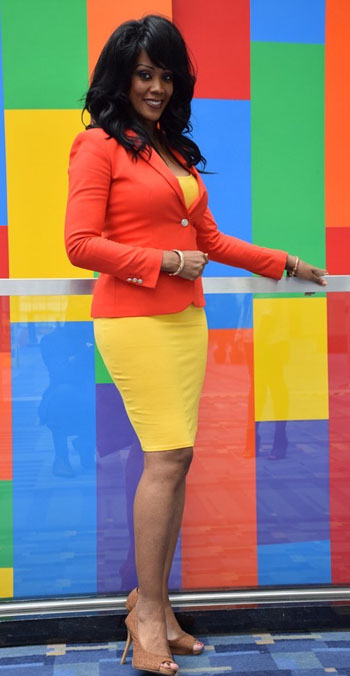 The new Senior Advisor, who will report to the city’s Chief Administrative Officer, will support and lead the establishment of the Unit and develop its action plan for eradicating systemic, anti-Black racism in Brampton — one of Canada’s fastest-growing cities, and home to 650,000 people and 70,000 businesses.

“Ms. Chapman will play an invaluable role in leading the creation of our action plan against systemic, anti-Black racism, helping create a culture and a community that is inclusive, compassionate and equitable,” commented David Barrick, Brampton’s Chief Administrative Officer.

“As a city, we know that we have the immense responsibility of ensuring that our work supports, and is reflective of, Brampton’s diverse community.”

Guided by local community stakeholders, Chapman’s work will be centered on uplifting the social, cultural, and economic position of Brampton’s Black community.

“With with an extensive background in community engagement (and organising), advocacy, and communications, Chapman’s experience will serve the city and community well, as she acts as the key liaison with staff, and local businesses and stakeholders,” the Brampton City release stated.

Chapman has a long, community-focused working relationship with Toronto Mayor, John Tory, which started in 2003 and continues to the present day.

For her impactful contribution to the campaign, the Caribbean Camera newspaper referred to her as, “John Tory’s not-so-secret Caribbean weapon”.

She was also appointed as a Special Advisor for Youth Engagement and Development for Mayor John Tory in 2015, and continues to be a volunteer advisor for issues concerning Toronto’s Black community.

Raised in the United States and, subsequently, Ottawa, Chapman first ventured into community activism and advocacy in her early teens, volunteering at various community organisations within the city.

Blessed with an engrossing and personable personality, and an innate ability to easily interact and relate with people from various walks of life, she eventually began to liaise with community leaders and elected officials within the federal government, assisting them in fundraising events and community outreach initiatives, in an attempt to help foster a new culture of political involvement in Toronto’s Black community.

The former President of the Canadian Black Caucus, Inspiring and Empowering Youth Network, and Inspiring You Media Productions, Chapman has a long, colourful history of working with youth, through acting as both a mentor and community liaison for Toronto’s African Canadian community.

The compassionate community leader has also worked, extensively, in television, including CTV and CityTV, producing quality empowering programs that highlight the Black community.

Her sustained, committed volunteer service has been recognised by many community organisations. She is a recipient of the 100 Accomplished Black Canadian Women Award; Black Business and Professional Association’s Women of Honour Award for her contribution to community; was nominated, by her peers, for a Harry Jerome Award in the area of Community Service and Media in 2008; and, in 2013, was honoured with the Queen Elizabeth II Diamond Jubilee Medal for community service.

“I’m looking forward to this leadership opportunity to work closely with the City’s employees, Council and the local community, and bringing my experience to bear, as we collaborate to effectively respond to, and eradicate, racism in Brampton,” pledged the unflappable Chapman.

“We must create a sense of belonging. We must recognize the untapped potential of our citizens, their desire to contribute to meaningful change, and the opportunity to contribute to the exponential economic growth of the city.”