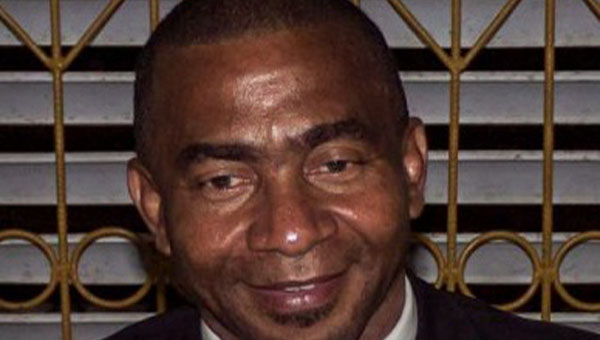 Dominican Magistrate, the late Michael 'Mickey' Bruney, 62, was “a quiet force in the legal profession” in the Caribbean.

The DBA said that his death came “so soon, after we learned of…(his) lung cancer diagnosis, that it caught all of us, totally off guard”.

“Mickey held and demonstrated profound respect for the judiciary and judicial officers, whether resident or visiting, active or retired, and was always ready to provide counsel, on how the administration of justice could be improved in Dominica,” the bar association recalled.

The DBA said that Bruney did not like the spotlight and, if he “could have kept the news of his death quiet, he would have put things in place for that”.

“We, the members of the Dominica Bar Association, are all heartbroken by the passing of…Bruney and will miss him, tremendously. He was a quiet force in the legal profession and fraternity, and his contribution will never be forgotten. The best honour the legal fraternity can give him is to seek to maintain the traditions of the legal profession, which he so valued and encouraged,” the DBA added.

Bruney was called to the local Bar in 1988, and served as a registrar, state attorney and, until his death, as a magistrate.

President of the Trinidad and Tobago-based Caribbean Court of Justice (CCJ), Justice Adrian Saunders, in a letter to the DBA, described Bruney as one of the staunch advocates of the regional court.

Justice Saunders recounted that he was always impressed by Bruney’s submissions, which were crisp, analytical and incisive.

National Security and Home Affairs Minister, Rayburn Blackmoore, said that despite a very successful private practice, Bruney continued to be of service to the government and people of Dominica.

“Everyone, who knew Mr. Bruney, would refer to him as Mikey, and he was a down-to-earth person, anywhere he was encountered. There can be no doubt about the expertise and skill of Mr. Bruney as an attorney and magistrate.

“Mr. Bruney was also a media personality and appeared on Dominica Broadcasting Corporation, (DBS), and took upon himself to disseminate information on general election nights, and after the passage of natural disasters,” Blackmoore said, describing him as professional, kind, dynamic, considerate and patriotic.

Bruney’s family said, in a statement, yesterday, that they are “grateful for the tremendous outpouring of support from persons, in all walks of life, which we have received”, adding that “these have been a great source of comfort to us in this difficult time, coming so soon after the passing of another brother, Reggie”.

“While we mourn his loss, we thank God for the gift of Mikey’s life on earth. The family is indeed proud of his achievements and the contribution he made to society. The fact that he was able to touch so many lives, in a positive manner, speaks volumes about the kind of person he was. So many stories have been told about how he made a difference in people’s lives, or brought a smile and made someone’s day.

“What is amazing is that he was able to accomplish all these things, while, for the most part, staying out of the public view,” the family memorialised in a statement.