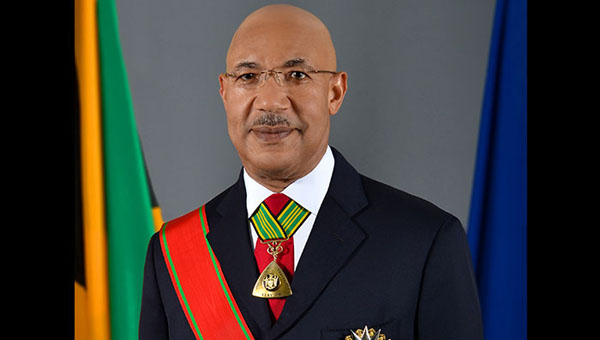 KINGSTON, Jamaica, June 25, 2020 (CMC) – Governor General, Sir Patrick Allen, has expressed concern about one of the ceremonial medals of his office – the British insignia, the Order of St. Michael and St. George.

The medal, which is worn by the Head of State, depicts a White man – said to be a triumphant archangel — with his foot on the neck of a Black man, who is deemed to be Satan.

The medal has traditionally been bestowed, and worn, by Governors-General, across the Commonwealth, who have been knighted by the Queen. 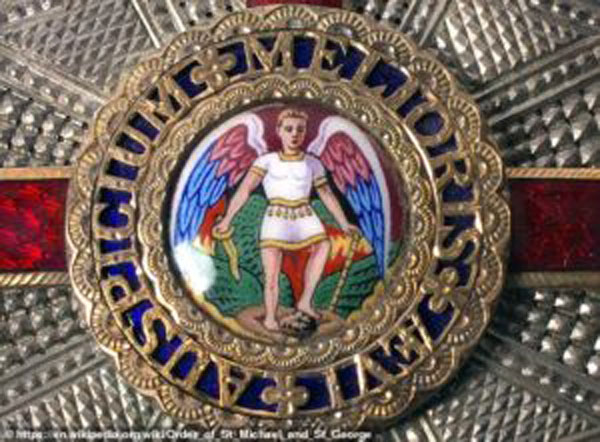 The Jamaican Governor-General’s British insignia, the Order of St. Michael and St. George.

However, recently, the insignia has been compared to the killing of George Floyd, the African-American man, who was killed in the United States, by a white police officer, using his knee on the helpless victim’s neck.

In response to concerns, Sir Patrick, in a statement, on Wednesday, said he “acknowledges and welcomes the concerns, expressed by our citizens, and the negative emotions that the image has caused”.

He also sought to assure fellow Jamaicans that the necessary requests will be made, for a revision of the image, to the Lord Chancellor of the Order of St. Michael and St. George.

It is awarded to men and women, who hold high office, or who render extraordinary or important non-military service in a foreign country.

The Order is also conferred for important or loyal service, in relation to foreign and Commonwealth affairs.