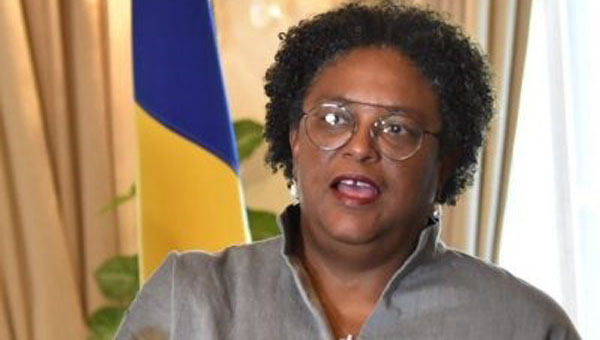 CARICOM Chair Unapologetic Over Remarks Made Regarding Guyana Elections

“The truth hurts,” Mottley told a news conference, here, in response to the criticisms levelled at her, from certain sections of Guyana, including Prime Minister, Moses Nagamootoo.

Prime Minister Nagamootoo said he was disappointed with Motley’s statement, adding that the CARICOM Observer team in its report had also highlighted several anomalies, unearthed during the recount process.

He said the statement by Prime Minister Mottley relied on the recount, without the figures produced being reviewed, despite the CARICOM team’s report indicating that “it was not just a mere recount, but an audit, like a forensic audit looking at everything”.

He noted that while Mottley is entitled to her opinion, as Chair of CARICOM, “it is unfortunate that her statement comes, on the eve of the Caribbean Court of Justice (CCJ) being engaged in a matter of appeal”.

“The truth hurts. I have nothing more to say. But what we must never do in CARICOM is, avoid the truth and avoid our principles. Thank you very much and have a pleasant day,” Mottley told reporters.

Mottley, in a video statement, on Wednesday, noted, “many of us have observed, with great sadness, what has been transpiring in Guyana”.

“It is more than 100 days since the people of Guyana went to the polls. And yet, there is no declared result. From the very beginning, we have been clear, and said, consistently, that every vote must count and every vote must be made to count in a fair and transparent way,” she opined.

But, she added, “regrettably we have seen a level of gamesmanship that has left much to be desired, and has definitely not portrayed our Caribbean region in the best light”.

“This is definitely NOT our finest hour, and we must not shy away from that reality,” she observed, elaborating that CARICOM “is concerned at reports that the Chief Elections Officer has submitted a report to the Guyana Elections Commission (GECOM), which is contrary to the directions given by the Commission, and which does not reflect the results of the recount process, as certified by the very staff of the Guyana Elections Commission, and witnessed by representatives of the political parties.

The Trinidad and Tobago-based Caribbean Court of Justice (CCJ), Guyana’s highest court, issued an order, on Wednesday, that would continue to put on a hold the Court of Appeal’s ruling, regarding the disputed elections.

The CCJ will begin hearing arguments, next Wednesday, as to whether it has jurisdiction to hear the appeal, filed by Opposition Leader, Bharrat Jagdeo, and the party’s Presidential Candidate, Irfaan Ali, in relation to a local Court of Appeal ruling.