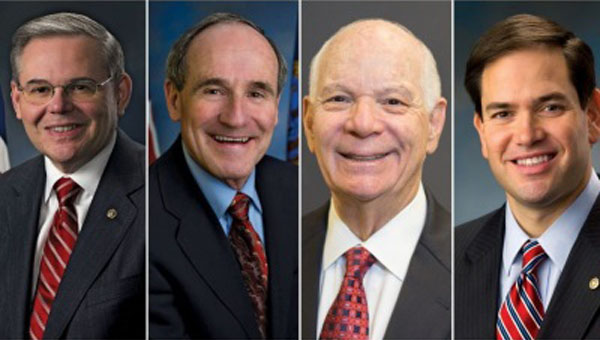 The statement, issued by Jim Risch and Bob Menendez, Chairman and Ranking Member, respectively, of the Senate Foreign Relations Committee; Marco Rubio and Ben Cardin, Chairman and Ranking Member, respectively, of the Subcommittee on Western Hemisphere, Transnational Crime, Civilian Security, Democracy, Human Rights, and Global Women’s Issues, comes even as the Trinidad and Tobago-based Caribbean Court of Justice (CCJ) is yet to rule on an appeal, filed by two members of the main opposition People’s Progressive Party/Civic (PPP/C).

The CCJ, which is Guyana’s highest court, also indicated that it wanted to re-assure the entire world, and specifically the people of Guyana, that it “will treat with this matter on the basis of what is submitted”.

‘We are not going to have regard to anything outside of this Court,” CCJ President, Justice Adrian Saunders, told the parties on Thursday.

The CCJ has said it has given no indication, as to whether or not it has jurisdiction to hear the appeal, filed by Opposition Leader and PPP/C General-Secretary, Bharrat Jagdeo, and the party’s Presidential Candidate, Irfaan Ali, in relation to a Court of Appeal ruling. The CCJ will begin hearing arguments on Wednesday next week.

But in their statement, the US lawmakers decalared, “nearly four months since their national election, the Guyanese people are still waiting for an official result, following the general and regional elections in their nation. This is unacceptable.

“We share in the frustration, expressed by the Caribbean Community (CARICOM), the Organization of American States (OAS), and other international stakeholders, and call on the Guyanese authorities to issue an official election declaration that reflects the results of the March 2nd election, which were confirmed in the official recount by CARICOM’s observer mission.”

They pointed out that recent reports suggest “questionable manoeuvres by interested parties, designed to continue forestalling a final declaration of results, which members of the press say, indicates a defeat for the incumbent government”.

The Senators are calling on President, David Granger, to “honour the will of the Guyanese people and concede”.

“We extend our support and solidarity to the people of Guyana, who have borne more than their fair share of patience, during this process.

“For their sake, the future of democracy and the rule of law in our hemisphere, the ongoing uncertainty and gamesmanship must end,” they urged in their statement.