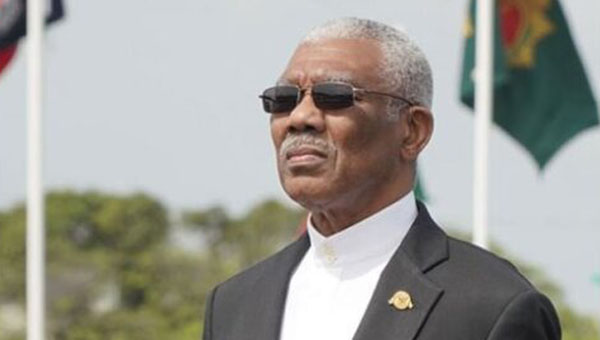 In a recent interview, the Head of State emphasised that the United States of America is a friend and has worked, closely, with Guyana, over several decades, through several organisations, such as The Carter Center, the US Centers for Disease Control and Prevention (CDC) and US Agency for International Development (USAID), among others.

“Guyana is part of the Western Hemisphere. We have very cordial relations with the United States, from defence, economy and security points of view,” the President said.

Guyana, together with other Caribbean states, cooperates with the US Southern Command, through the Caribbean Basin Security Initiative (CBSI), which is aimed at combating drug trafficking and other transnational crimes that threaten regional security, pointed out the Department of Information (DPI).

In the wake of the current political deadlock, Granger made it clear that Guyana’s strategic interests in the Western Hemisphere were not in jeopardy, stating that Guyana and the US have enjoyed mutually-beneficial defence, economic, political and social relations, since Independence.

He noted that relations, between the two states, have deepened through cooperation in the fields of defence, public health, public security, the economy and youth empowerment.

Granger also emphasised that Guyana remains committed to strengthening its relations with the USA, to overcome challenges of the COVID-19 pandemic and to continue to build the groundwork for a peaceful and prosperous Western Hemisphere.