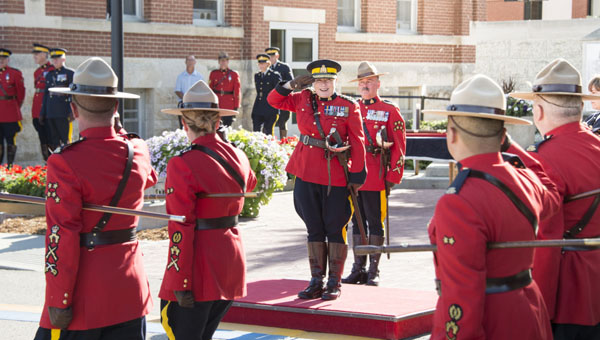 In Canada, whenever racism faces denial, history goes on trial

In the aftermath of the senseless murder of 46-year-old, African-American, George Floyd, the collective eye became fixed on race relations in Canada.

The oppressive system racism that Blacks have faced, over the years, detonated into the foreground, through street protests and riots. Disillusioned and angry people are expressing age-old dissatisfactions that echo through time. Images on screens, of cell phones and televisions, now draw arrant parallels with a sad history that most do not want to relive.

Underlying this all, lies racism, its very existence belied, by many, as some of Canada’s leaders have openly asserted that systemic racism does not exist in Canada, in the selfsame manner, as it does in the United States. It is a part of the Canadian national narrative, of positioning the country in juxtaposition to the United States.

Currently, what can be characterized as racism, and what cannot, has become a matter for debate.

After admitting to having struggled with about a half dozen definitions of systemic racism, the Commissioner of the RCMP (Royal Canadian Mounted Police) acknowledged that the national police service is battling with a long history of racial discrimination.

Two days after admitting that she struggled with “five or six” definitions of systemic racism, RCMP Commissioner, Brenda Lucki, on June 12, acknowledged that Canada’s national police service is grappling with a long history of racial discrimination. www.rcmp-grc.gc.ca/en/news/2020/statement-commissioner-brenda-lucki

The Commissioner was not the lone swimmer in the sea of denial.

She was soon followed by the Premiers of Ontario and Quebec, who donned similar gear, and openly denied systemic racism in Canada, the same week that Black Lives Matter demonstrations cropped up around the world, following the death of George Floyd.

It was as plain as could be, they were neither in touch with history nor reality.

In 1910, Prime Minister of Canada, Sir Wilfrid Laurier, stated thus: “We see in the United States, what grave problems may arise from the presence of a race, unable to become full members of the same social family as ourselves”. cha-shc.ca/_uploads/5c38ab83f3bcd.pdf.

Many denials of racism come from feelings of discomfort over this fact, a condition referred to as “white fragility”. When attention is drawn to the racial privilege, enjoyed by White people, or the assumptions and structures that prop up racist beliefs are challenged, White people tend to respond with anger and a refusal to engage in the discussion.

Not seeing racism, is constituent to what the philosopher, Charles Mills, has termed “white ignorance”. This is not real ignorance, but a willful one that allows those, unaffected by racism, to maintain their “innocence” and ultimately protect their privilege. theconversation.com/why-racism-is-so-hard-to-define-and-even-harder-to-understand-106236

Two days ago, on June 28, nine Black Montreal police officers signed a letter, calling on their union president to acknowledge that systemic racism exists in the force, after he downplayed the issue in several interviews, earlier this month.

In the letter, addressed to Montreal Police Brotherhood President, Yves Francoeur, the officers wrote that they were “surprised” to hear Francoeur does not believe there is systemic racism in the force.

The officers described a “culture of silence” within the SPVM (Montreal Police Service) that prevents their colleagues from speaking out against racism. During an interview with Radio Canada, the president said he avoided using the term ‘systemic racism’, because there is no consensus on what it means. www.cbc.ca/news/canada/montreal/montreal-police-release-letter-denouncing-brotherhood-president-comments-1.5630427

Canada, on the whole, would like to think that much progress has been made, but racism and inequality has always had their knees firmly pressed on Black necks, without any sign of letting up.

Here we are, basically having public differences, at elevated levels, about racism, while the reality of our current situation remains, once again, misunderstood and unexamined.

Yes, we no longer have black-faced minstrel shows, we have Black representation on television and in government offices, nevertheless we continue to live with the harmful ideas that place a certain group at the top of a racially-categorized pile.

On May 26, 1983, in the Globe and Mail newspaper, the following statement appeared: “The Federal government is calling for a special parliamentary inquiry into what it describes as the pervasive problem of ‘racism‘. Multiculturalism Minister  James Fleming, told supporters, yesterday, that such a study would not change the minds of the 8-11 percent of the population, he said, were “rock-hard bigots”. But he could make other less racist Canadians aware that the so-called visible minorities, which he said include Blacks, Asians, East Indians and Jews, just want the same things as everyone else.”

It should never be forgotten that historical perspective is an essential component in the analysis of any social situation, as far back as in early twentieth century publications, Blacks were depicted as superstitious, fun-loving, slow-witted and lazy with animal appetites, best kept in control by strict Wwhite supervision.

Public petitions, along with municipal resolutions, from all three Prairie Provinces, urged Ottawa to ban further Black immigrants, and separate those already there.

Order-in-Council P.C. 1324 was approved on 12 August 1911 by the Cabinet of Prime Minister, Sir Wilfrid Laurier. The purpose of the Order was to ban Black persons from entering Canada, for a period of one year. www.thecanadianencyclopedia.ca/en/article/order-in-council-pc-1911-1324-the-proposed-ban-on-black-immigration-to-canada

An Imperial Daughters of the Order petition, clearly reflecting external stereotypes, stated the fear that White women would be unsafe from Black, male sexual aggressiveness. www.mcdunited.com/test-blog-2020/2020/5/30/short-historical-racism-timeline.

All across Canada, Blacks were precluded from participation in mainstream activities. This was demonstrated, dramatically, during World War 1, when young Black men, eager to do their part for nation and empire, enlisted for overseas service.

According to racist characterization, Blacks were not soldier material and, in addition, their presence would be repulsive to White recruits. www.canada.com/life/lest+forget+black+battalion/2570331/story.html

In a memo, dated April 13, 1916, Major-General W. Gwatkin, Chief of the General Staff, said: “Nothing is to be gained by blinking facts. The civilized negro is vain and imitative; in Canada he is not being impelled to enlist by a high sense of duty; in the trenches he is not likely to make a good fighter; and the average White man will not associate with him, on terms of equality” www.theglobeandmail.com/canada/article-black-on-the-battlefield-canadas-forgotten-first-world-war-battalion/.

However, the producer pointed out that the most arduous task about doing the research for the film was, the absence of information. Most libraries and archives had practically nothing on the Black unit. It was still Canada’s best kept secret,” says Sherwood. cch.novascotia.ca/stories/meet-men-no-2-construction-battalion.

Canada is replete with evidence of racism that has dogged her, from infancy to maturity, and yet there are those, who still deny the presence of racism. Would a rose by any other name smell just as sweet?

Here we are, basically having public differences, at elevated levels, about racism, while the reality of our current situation remains, once again, misunderstood and unexamined.

Can one say that intellectual dishonesty is at play? Is it ignorance and not malevolence that currently ails Canada, and by extension, Quebec? Thankfully ignorance is remediable.

Following is the official statement on systemic racism in the RCMP, by Commissioner, Brenda Lucki.

As the Commissioner of the RCMP and as leader, I have the responsibility to ensure that our organization is free of racism, discrimination and bias, both inside and out.

I take this responsibility very seriously, and as professionals, I believe you do too.

During some recent interviews, I shared that I struggled with the definition of systemic racism, while trying to highlight the great work done by the overwhelming majority of our employees.

I did acknowledge that we, like others, have racism in our organization, but I did not say definitively that systemic racism exists in the RCMP. I should have.

As many have said, I do know that systemic racism is part of every institution, the RCMP included. Throughout our history and today, we have not always treated racialized and Indigenous people fairly.

Systemic racism isn’t about the behaviour of a single individual or the actions of one person. It’s in the institutional structures that reflect the inequities that persist in our society. And it shows up in policies, processes or practices that may appear neutral on the surface, but disadvantage racialized people or groups.

As an organization, we work hard to address this, to overcome it – we incorporate the lens of diversity and inclusion in our decision-making, in our training, in our recruitment. It has allowed us to better understand some of the unintended barriers that exist, and to work to correct them.

We now have the opportunity to lead positive change on this critical issue. It is time to double down on these efforts – there is so much more to do. There is no one answer, no single solution, no one approach. It is the ongoing commitment to work and continue to learn that will help us make real progress and I am motivated and determined to make change.

I appreciate the frank discussions that have been taking place and I have encouraged all employees to have the conversations that some may find uncomfortable. But I have been told that struggles and discomfort are one of the hallmarks of addressing racism.

I want to assure all of you that we are focused on thoughtful action, based on listening to people and continuing those conversations. I have sought the views of a wide variety of people, including members of both our Indigenous and Diversity Advisory Committees, Indigenous leaders as well as active and retired Indigenous members. I value all the feedback I’ve received, because it is a critically important part of our learning journey.

Canadians value an RCMP where good people are recognized for treating people with dignity and respect and making their communities better than they were when they got there.

The RCMP will not tolerate those whose actions are not in line with our core values and will be held to account.

As an institution that is committed to modernization, the RCMP is committed to listening and respecting the lived experience of others and continuing to learn from these conversations. This is when real change will happen.

I am proud to be the Commissioner of what I believe to be the greatest police organization in the world.