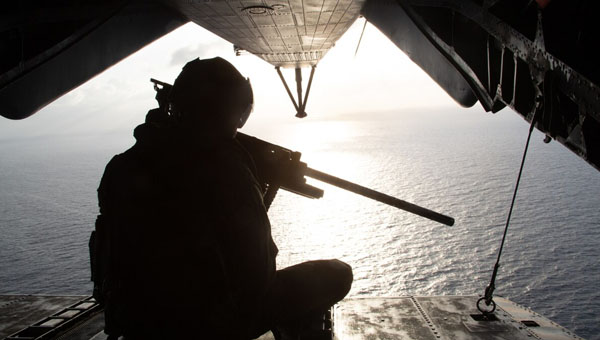 The ceremony marked the sixth consecutive year the SPMAGTF-SC will serve as the crisis response force, assigned to the Miami-based United States’ Southern Command.

“The task force is prepared and postured, to deploy to the Latin American and the Caribbean region, to work alongside partner-nation militaries, enhancing combined crisis response efforts,” announced the US Marines, in a statement.

“The SPMAGTF-SC completed all pre-deployment training, while implementing personnel safety and social distancing during the ongoing COVID-19 pandemic.

“The task force ensured they kept their focus on maintaining mission readiness, while complying with Department of Defense Force Health Protection Guidance, to preserve the health of the task force,” it added.

Colonel Vincent Dawson, Commanding Officer of SPMAGTF-SC, said: “Our relationships with our partner-nations does not stop, due to a pandemic. If anything, this is a time to strengthen those bonds, learn from each other and gain knowledge.”

The US Marines explained that the pre-deployment training included events, such as a command post exercise, a general exercise, a final certification exercise and crisis action team scenarios, “to help better prepare the marines and sailors for missions they must be prepared to carry out, while serving in Latin America and the Caribbean”.

Major Blake Hudgins, the Operations Officer for SPMAGTF-SC, revealed: “We have worked through multiple training scenarios, based around natural disasters occurring in the Latin American and Caribbean region that allowed our crisis action team to conduct rapid response planning processes.

“All elements of the SPMAGTF-SC fully understand the resources we have, and how to employ those resources,” he said.

The US Marines said the task force has a history of providing humanitarian aid and disaster relief support to the region.

In 2016, following Hurricane Matthew, the SPMAGTF-SC assisted in the delivery of more than 478,000 pounds of supplies, during relief efforts in Haiti.

The US Marines said this is similar to the support shown in 2018, when assisting the government of Guatemala’s response to the Volcano de Fuego eruption, by building more than 200 multi-family shelters and supporting facilities, which helped more than 4,000 people, left without homes.

“The United States will always come to the playing field, ready to assist with stabilizing any problem negatively impacting our partner-nations,” said Hudgins. “There’s no doubt in my mind, that our command is an asset, and ready to respond to crisis, if necessary.”