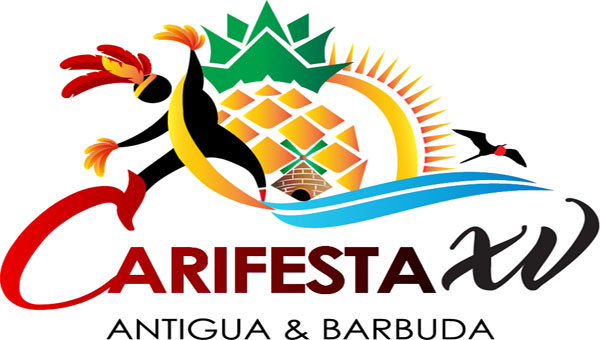 Daryll Matthew, Minister of Sports, Culture, National Festivals, and the Arts of Antigua and Barbuda, announced the decision on October 8, at a virtual meeting of the Regional Cultural Committee.

The Committee comprises Directors of Culture from the 20 Member States and Associate Members of CARICOM and Members of the Interim Festival Directorate for CARIFESTA.

“I have been having discussions with our international partners, our cultural stakeholders, our management team and the Chairman of the Cabinet of Antigua and Barbuda, Prime Minister Gaston Browne, as they relate to the CARIFESTA XV and the potential challenges to hosting the event.

“The recommendation coming out of these discussions was, as heart-breaking as it was unanimous. So today, while reaffirming the commitment of the government and people of Antigua and Barbuda to hosting CARIFESTA XV, I must advise you all, that we have formally written to (CARICOM) Secretary-General, Ambassador Irwin LaRocque, on our decision to postpone CARIFESTA XV for a period of one year,” Minister Matthew announced.

He also updated the meeting that preparations had already commenced, in earnest, with the establishment of the CARIFESTA Secretariat and a Host Country Management Committee that had been carrying out their mandate with “enthusiasm, zeal and purpose”.

He said “CARIFESTA provides a platform for our region to showcase to the world, the unrivalled prowess of our people. As such, Antigua and Barbuda is eager to welcome our Caribbean brothers and sisters to our shores, as we demonstrate to the world our capacity for innovation and creativity, as we stage this very unique Festival.”

In replying to the Minister’s announcement, Assistant Secretary General in charge of Human and Social Development at the CARICOM Secretariat, Dr. Douglas Slater, expressed the appreciation of the Caribbean Community for Antigua and Barbuda’s enthusiasm and commitment to hosting CARIFESTA XV and support for the decision to postpone the Festival.

“We understand your decision, we share your concerns and we pledge our full support towards a successful CARIFESTA XV,” Dr. Slater said.

He also indicated that he was aware that CARICOM Member States have had serious challenges managing the economic fall-out from the COVID-19 pandemic.

Planning for the Festival is among the many issues that were discussed by the meeting of the Regional Cultural Committee (RCC), which was held, virtually, October 7-10.

Speaking at the opening of the meeting last week Wednesday, Dr. Slater reminded his audience of the challenges encountered by the culture and creative sector, due to the devastation of COVID-19.

He however, noted that the sector has shown its creativity and value globally, by lifting people’s spirits as they tried to adjust to rapidly-changing social circumstances, by sharing, mostly free of charge, their incredible talents and generosity of spirit.

“For this, we owe our artists a debt of gratitude, and we must redouble our efforts to support them during these difficult times,” he said, adding that there was much that needed to be done to build a resilient culture sector, so it can survive natural and other disasters and fulfil its important role as a driver and enabler of the sustainable development of the region.

Dr. Slater also encouraged the RCC to use the meeting as an opportunity to rethink how best to organize CARIFESTA and other national festivals and events within the context of the ‘new normal’.

CARIFESTA XV in Antigua and Barbuda will be hosted under the theme, One People. One Environment: Diverse Cultures.

In addition to preparation for the next CARIFESTA, the RCC, will discuss a number of priorities on the regional culture agenda, including: the review of CARIFESTA XIV in Trinidad and Tobago in 2019; Building a Resilient Culture Sector; Regional Strategic Frameworks for the Development of the Creative Industries; Animation; Reparations for Native Genocide and Slavery, among other areas.