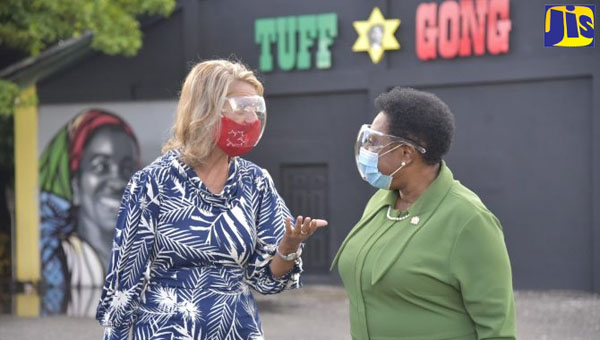 The purpose of the tour was to get a first-hand look at the modernised vinyl record-pressing system at the refurbished studio, and the upgrading work being undertaken by Canadian company, Vinyl Technologies. 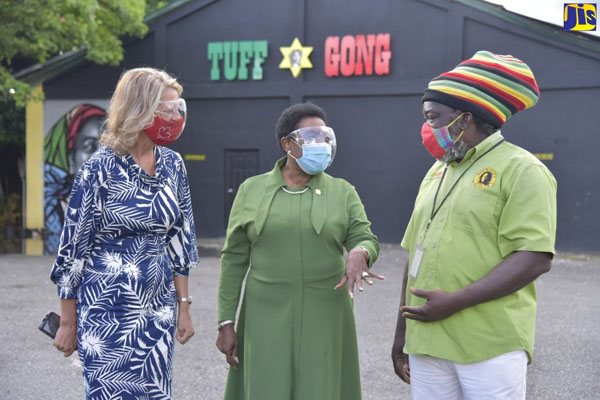 Established by international reggae icon, Bob Marley, Tuff Gong has become one of the Caribbean’s largest and most influential studios. It was his favorite place to record and is now run by his son, Ziggy.

According to Billboard Magazine, “The plant has an annual capacity of 250,000 units, and a series of limited-edition pressings of Marley classics — with that coveted Tuff Gong stamp — are set to be announced later this year.”

Visitors are taken on a one-hour ‘Making of the Music’ tour, with the entire music production process explained, from rehearsal room through mixing desk to vinyl pressing, centered (of course) around Bob Marley. 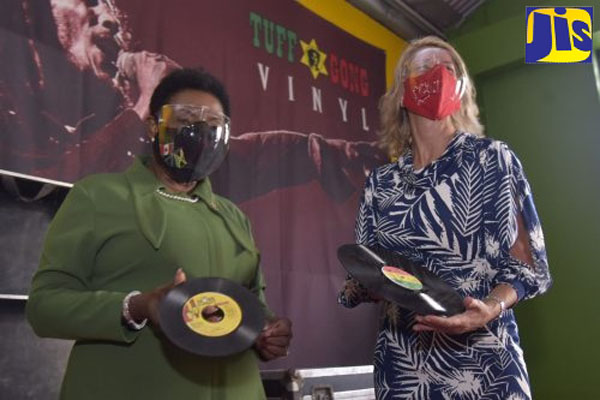