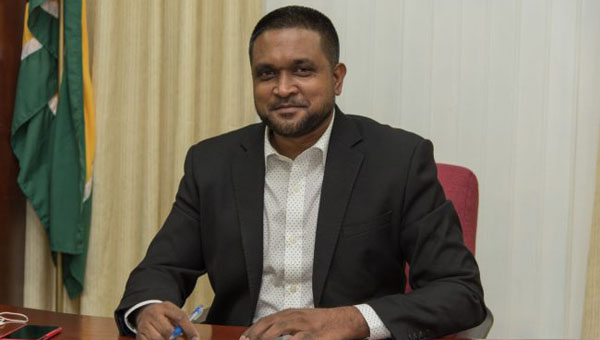 GEORGETOWN, Guyana (Tuesday, October 20, 2020) — The national government will allocate two million dollars to each municipality, to ensure that town council staff, who have not been paid for months, receive their wages and salaries.

Minister of Local Government and Regional Development, Nigel Dharamlall, made this disclosure, in an exclusive interview, today.

The Minister observed that the government recognises that municipalities have not been able to generate revenue, due to the COVID-19 pandemic, and sought to assist.

“The government has made a decision to release funds, in support of the expenditure incurred by municipalities to pay staff in this specific case, with each municipality set to receive $2 million,” Minister Dharamlall noted.

He revealed that the Ministry of Finance has advised him that the funds will be released to each municipality by today.

Dharamlall said, in keeping with the government’s mandate, the Local Government Ministry would be collaborating with the local democratic organs, to address the financial deficits in each municipality.

Minister Dharamlall also disclosed that the national government will be moving to have audits conducted, across the municipalities, to address irregular finances.

The Minister said the municipalities have managed their resources poorly.

“I believe with an audit, or at least 10 audits … in these local democratic organs, we will be able to get a good idea of what are the gaps and where are the inefficiencies, so we can work with the administration of these municipalities to manage their resources better,” Minister Dharamlall said.