New in Pride
Home / National News / Oh Canada, Where Have You Been? 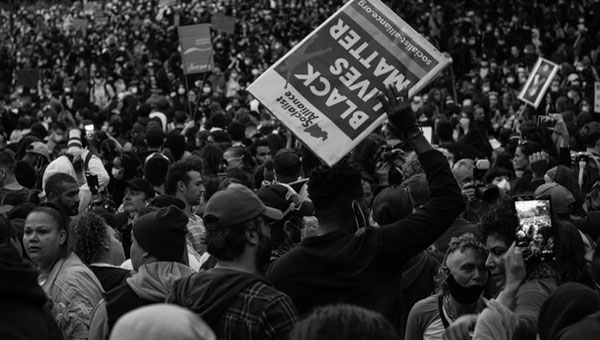 What will it take for Canada to notice the profundity of her problems, or how infected she is with the cancerous-like diseases, such as mental health, police brutality and stark racism?

For anything to be properly addressed or seriously taken into consideration, observation or examination, it appears that White Canada has to be affected, and the comfort zone of White families, businesses, and reputations must be threatened.

Undeniable circumstances must be as conspicuous, as a blue sky after a storm has come, for Canada to consider the issues that lie before her. The irony that sits at the doorstep of Canada right now, can’t help but remind me of the old adage, “the chickens have come home to roost”. It is jaw-dropping to hear some of the statements and opinions, concerning the condition of Canada, from the mouths of some White Canadians. As an Afro-Canadian, my only rejoinder is a sarcastic, “Oh really!”

In the most sincere way, I ask you Canada: where have you been, for the last two centuries, to not see that your government has always been delinquent when it comes to the citizens of this country?

The falsehoods, under which you live and occupied the land; and those you recently discovered, and are so appalled about, are no surprise to us in Black Canada. We have attempted to warn and inform others, for decades, about these issues.

As for the current war, regarding the lobster fishery in Nova Scotia, what have you done White Canada, regarding the treaties, signed 1760 and 1761, between the Crown and the Mi’kmaq, Maliseet and Passamaquoddy First Nations?

You have ignored the part of this nation’s proverbial resume, created by your forefathers, which documented its deceitful nature. Where the problem lies is in your own arrogance, pride, sense of entitlement and lack of concern for your citizens.

The residential school system, established for the children of the founding peoples in the nineteenth century, is one of the darkest, most troubling chapters in your history. While some people regarded the schools as centres of education, they were, in reality, centres of cultural indoctrination. The most alarming aspect of the system was that its target and its victims were the most vulnerable of society: little children. Oh Canada, how pitiful can you be?

When illegal drugs were being pumped throughout Black neighborhoods, destroying our youth, along with families, you waged war because it was on the other side of the tracks, and later, you created the engineers to run and rule the tracks. But now that you have opioids, such as fentanyl, ravaging your homes, you solicit sympathy and call it an epidemic.

It’s no longer Black Canada, alone, warning you. Now there is a generation of young people — who have removed the barriers of cultural, gender and economic separation — that you cannot ignore, because they are now your children and your grandchildren.

For the last 40-or-more years, Black Canada has revealed how flagrant the legal system has been, but that was the least of your concerns. The notification of the police brutality was reported to you in the greatest form of journalism, but you rebuked it, allowing it to fall on partially-closed ears. And yes, you sat by and watched, while Black Canada marched in protest against the pollution within these legal entities.

Canada, your focus has always been pointed in the wrong direction, and you have always centered your attention on the action — and not the message. You would rather vilify an individual for exercising his/her right, instead of understanding his/her message.

Your neutral position was the okay that was heard, but never spoken, and now it has spilled over into your own backyards. Black Canada, like your neighbor America, even advised you, through her oldest form of communication – via songs – but like the overseer ignored the sounds of Negro spirituals echoing in the cotton fields, you failed to decode the message, while ridiculing and ignoring the messenger.

If not now, when will you learn to listen?

It’s no longer Black Canada, alone, warning you. Now there is a generation of young people — who have removed the barriers of cultural, gender and economic separation — that you cannot ignore, because they are now your children and your grandchildren.